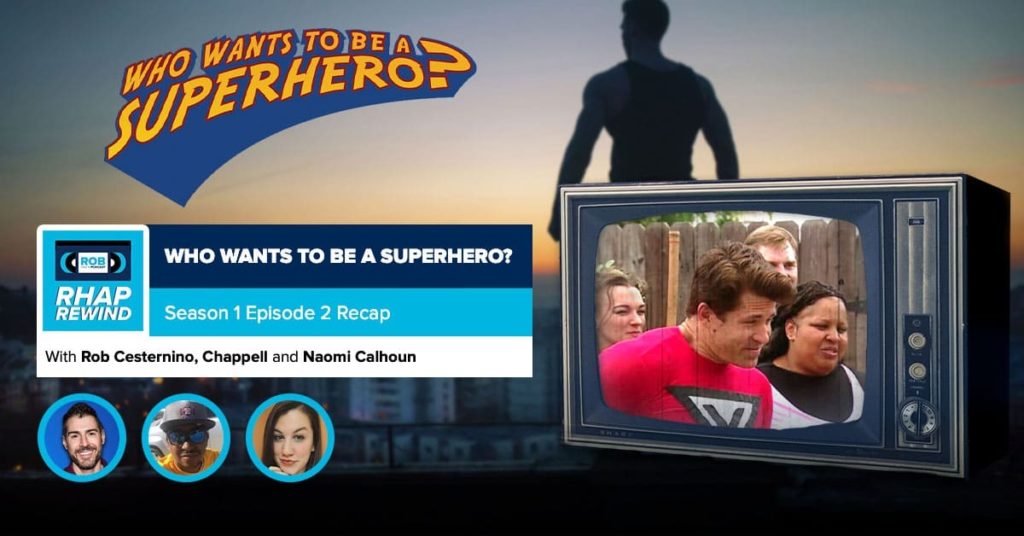 This week, Rob Cesternino (@RobCesternino) is back with RHAP podcaster Chappell (@Chappells_Show) for another week of the RHAP Rewind. Today, this podcasting duo tackles two different versions of the classic Sci Fi channel superhero show Who Wants to Be a Superhero? with a fantastic guest, Naomi Calhoun (@NaomiCalhoun). The group covers season 1, episode 2 which originally aired on August 3, 2006, and contains the superhero hopefuls must save an elderly woman by fending off several attack dogs in the hopes of becoming a superhero in one of Stan Lee’s comic books.