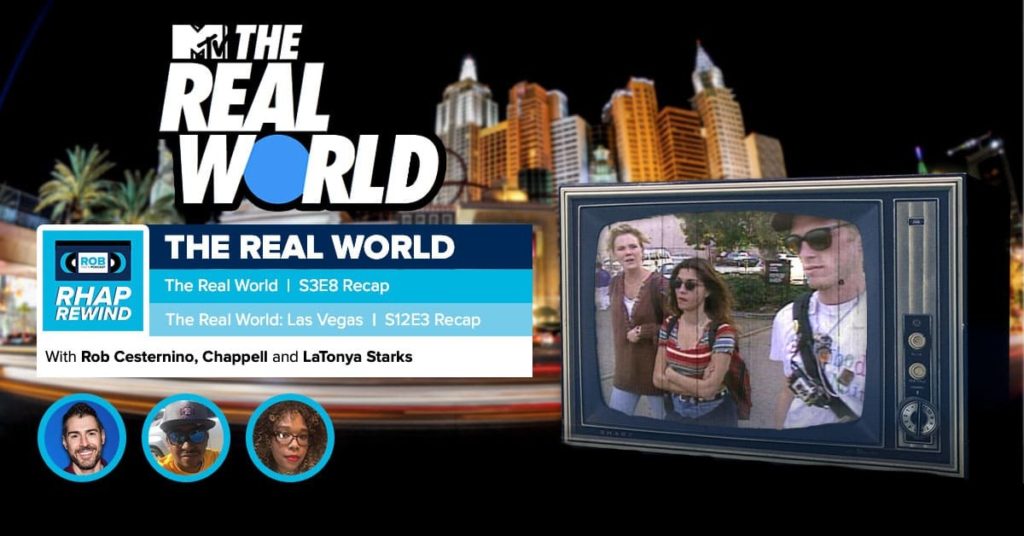 This week, Rob Cesternino (@RobCesternino) is back with RHAP podcaster Chappell (@Chappells_Show) for another week of the RHAP Rewind. Today, this podcasting duo tackles two different versions of the classic MTV reality series The Real World with a great guest, Post Show Recaps very own LaTonya Starks (@LKStarks). The group starts with season 3, The Real World: San Francisco, discussing episode 8 entitled “Together and Apart,” which originally aired on August 18, 1994, featuring Pedro, Judd, and Puck. Then, they jump to season 12, The Real World: Las Vegas, discussing episode 3 entitled “Word From Home,” which originally aired on September 24, 2002, featuring Steven, Trishelle, and Brynn.