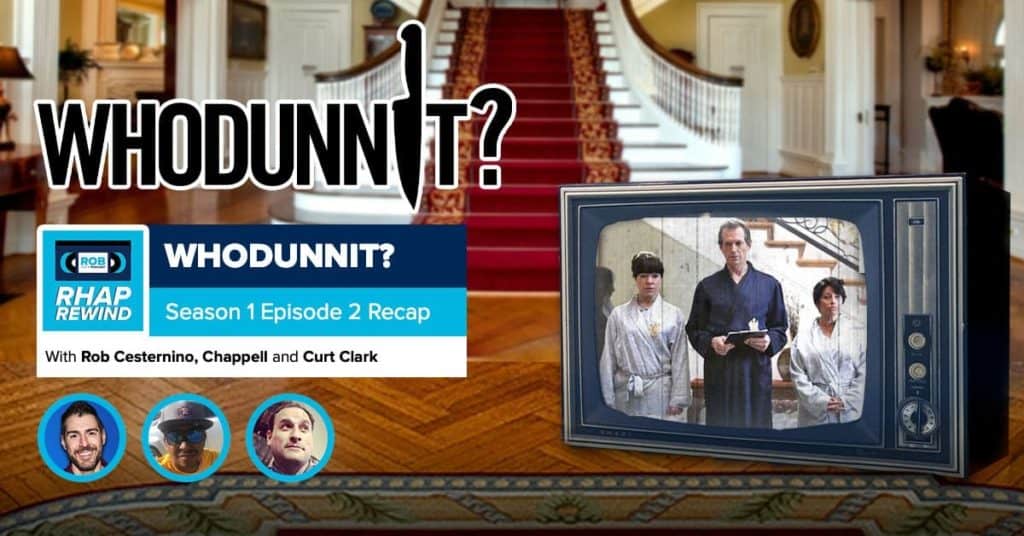 This week, Rob Cesternino (@RobCesternino) is back with RHAP podcaster Chappell (@Chappells_Show) for another week of the RHAP Rewind. Today, this podcasting duo tackles season 1, episode 2 of the ABC series Whodunnit? with a great guest. Rob and Chappell are joined by the tabulator and Top Chef RHAP-up co-host Curt Clark (@CurtClark). The episode, entitled “Fire Starter” originally aired on June 30, 2013, has the eleven remaining players attempting to solve a fiery murder with key evidence pieces including a note, medallion, and socks to aid them.

You can check out RHAP’s coverage of Whodunnit? from 2013 with Rob and Curt here: