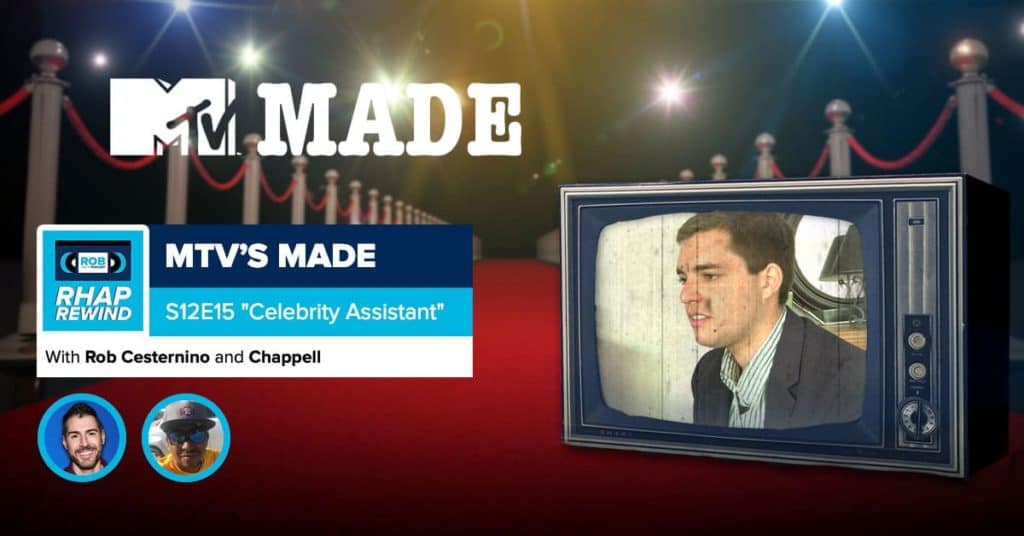 For the month of March, Rob is joined by Chappell (@Chappells_Show) for a month of Listeners’ Choice. What does this entail? Last month we asked listeners to submit a list of their favorite throwback reality TV shows. We’ve curated the perfect short list and each week will tackle the premiere episode of one show.

Today, this podcasting duo tackles season 12, episode 15 of MTV’s Made. The episode “Celebrity Assistant” originally aired in October 2012, and follows Chris, a celebrity assistant who is struggling to stay with the program. Rob and Chappell recap the episode and bring their hottest takes.

Have you seen the full series before? Head on over to Twitter to let us know by tagging @RobHasApocast and using the hashtag #RHAP.