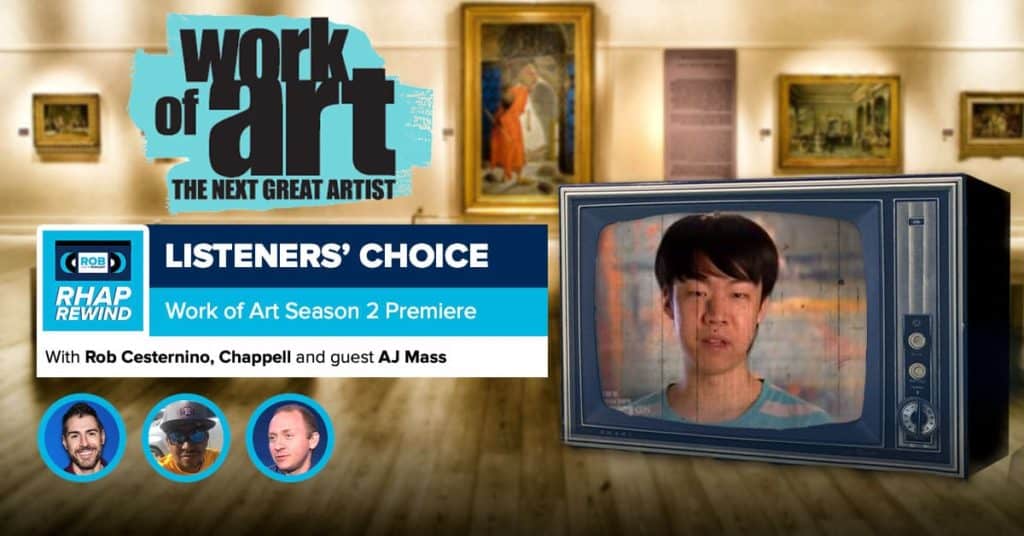 For the month of March, Rob is joined by Chappell (@Chappells_Show) for a month of Listeners’ Choice. What does this entail? Last month we asked listeners to submit a list of their favorite throwback reality TV shows. We’ve curated the perfect short list and each week will tackle the premiere episode of one show.

Today, special guest AJ Mass (@AJMass) joins the podcasting stage to dive into the season 2 premiere of Work of Art. This masterpiece of a reality tv show aired on Bravo and ran for 2 seasons. Artists from around the United States competed for the chance to have their own solo exhibit and a $100,000 prize.

Have you seen the full series before? Head on over to Twitter to let us know by tagging @RobHasApocast and using the hashtag #RHAP.