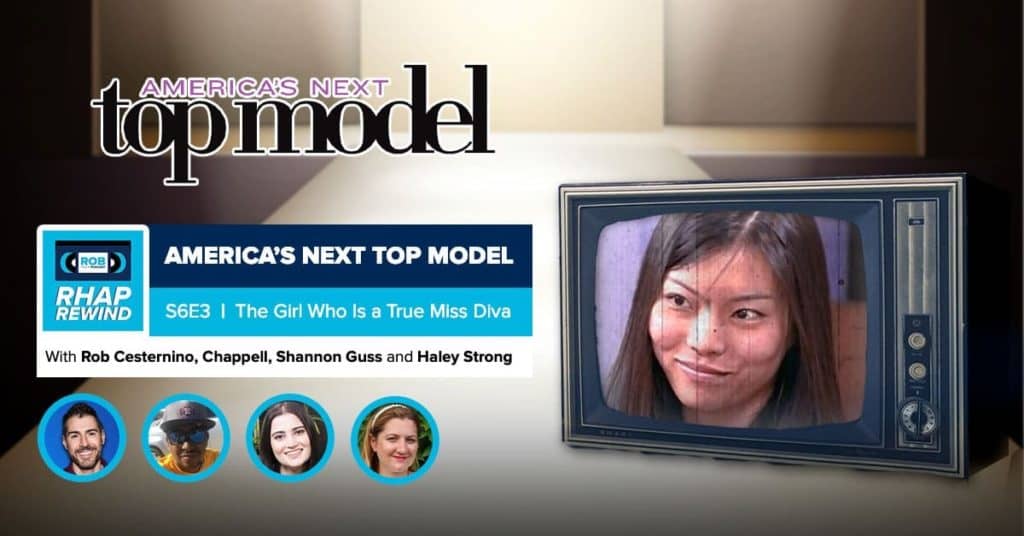 Rob Cesternino (@RobCesternino) is joined by RHAP podcaster Chappell (@Chappells_Show) for another week of the RHAP Rewind. Today, this podcasting duo tackles season 6, episode 3 of America’s Next Top Model with two incredible guests. Rob and Chappell are joined by the co-host of the international Survivor RHAP-up and Australia’s Next Top Model contestant Shannon Guss (@ShannonGaitz) and the co-host of the Bachelor, Bachelorette, and Top Chef RHAP-ups Haley Strong (@HStrong_). The episode entitled “The Girl Who is a True Miss Diva” originally aired on March 15, 2006, and follows the final twelve contestants as they get their makeovers and try to begin their modeling careers.