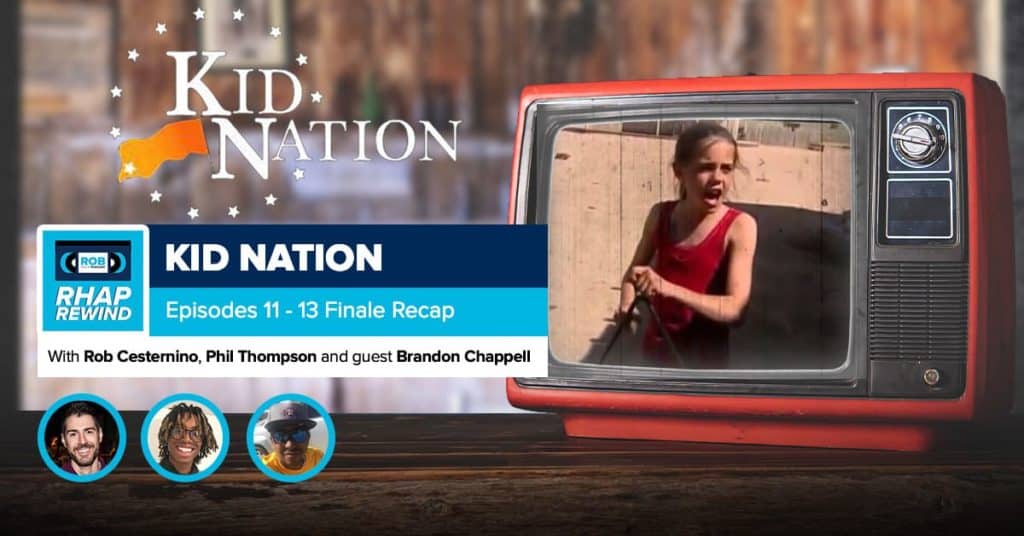 To kick off 2021 with a bang, we’re spending the month of January in Bonanza City for the Kid Nation rewatch! Once again, Rob Cesternino (@robcesternino) and Phil Thompson (@listenupphilip) are rewinding the tapes and establishing their own society as they dive into episodes 11-13 of Kid Nation. Today, the one and only Chappell (@Chappells_Show) joins the panel to talk about the final 3 episodes of Kid Nation. We take one last trip to Bonanza City to RHAPup the series and give our final thoughts on this train wreck show.

Are there any shows you’d love to see covered on the rewind? Did you originally watch Kid Nation when it first premiered? What are your final thoughts on this show looking back? Send us a gold star and share your Kid Nation thoughts with us on Twitter by tagging @RobHasAPodcast and using the hashtag #RHAP!

Check out this special offer from our sponsor: