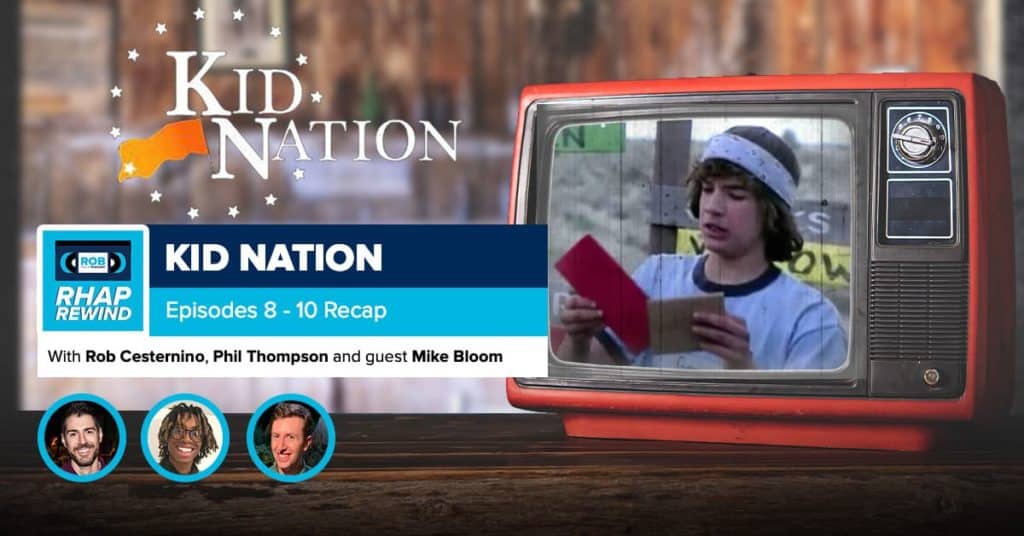 To kick off 2021 with a bang, we’re spending the month of January in Bonanza City for the Kid Nation rewatch! Once again, Rob Cesternino (@robcesternino) and Phil Thompson (@listenupphilip) are rewinding the tapes and establishing their own society as they dive into episodes 8-10 of Kid Nation. Today, Mike Bloom (@AMikeBloomType), steps away from arbitrary and reductive rankings on Outwit, Outplay, OutLIST to join the Kid Nation crew. Next week, we’ll be wrapping up our Kid Nation rewind and taking one last look at this hot mess of a show.

Check out this special offers from our sponsor: