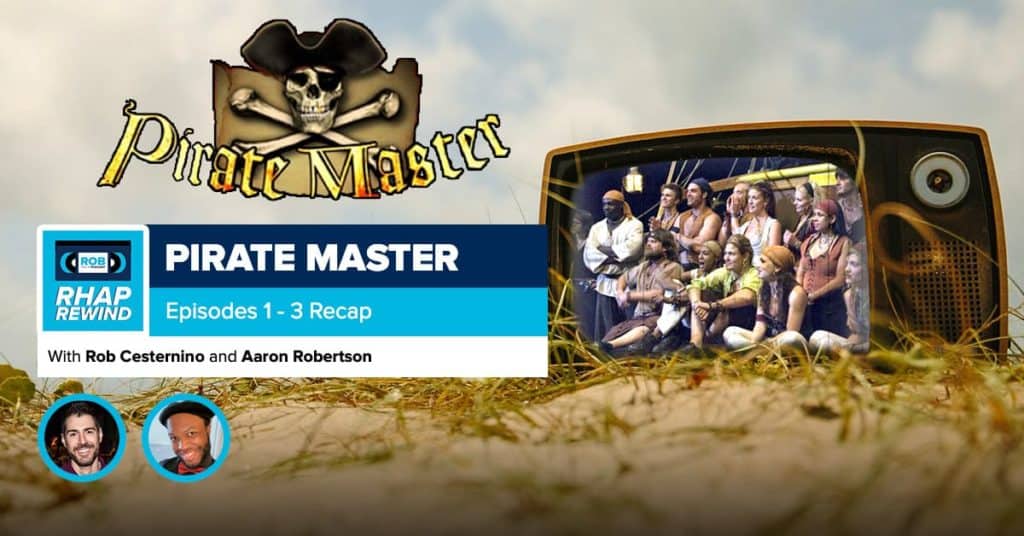 This week, we leave behind the chaotic and lawless land of Bonanza city and set sail on a pirate ship, as we switch tapes and begin our second rewatch of the RHAP Rewind: Pirate Master. The one and only Rob Cesternino (@robcesternino), is joined by Pirate Master expert Aaron Robertson (@AARobertson94) to recap the first three episodes of this series. Grab your treasure map and hope on board as we sail into this new adventure.

Arrrrrr you ready to kick off a month of Pirate Master coverage? Did you originally watch this show when it first aired in 2007? Walk the plank or walk over to Twitter to share your Pirate Master treasure with us by tweeting @RobHasAPodcast and using the hashtag #RHAP!