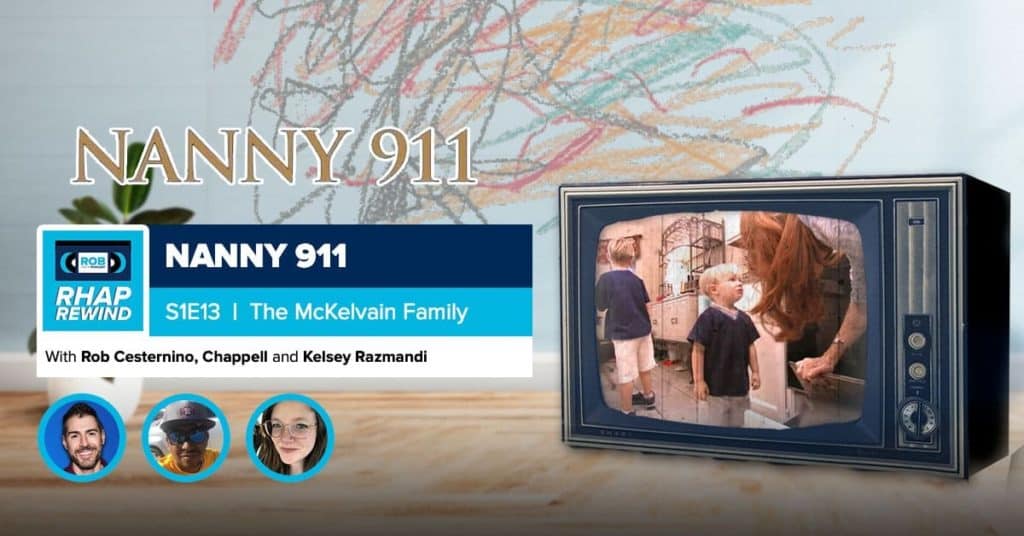 Rob Cesternino (@RobCesternino) is joined by RHAP podcaster Chappell (@Chappells_Show) for another week of the RHAP Rewind. Today, this podcasting duo tackles season 1, episode 13 of Nanny 911 with an incredible guest. Rob and Chappell are joined by podcaster Kelsey Razmandi (@KRazmandi). The episode entitled “McKelvain Family” originally aired on April 11, 2015, and follows Nanny Yvonne helping to bring order to a family with five children, three dogs, three cats, two rabbits, and a hamster.