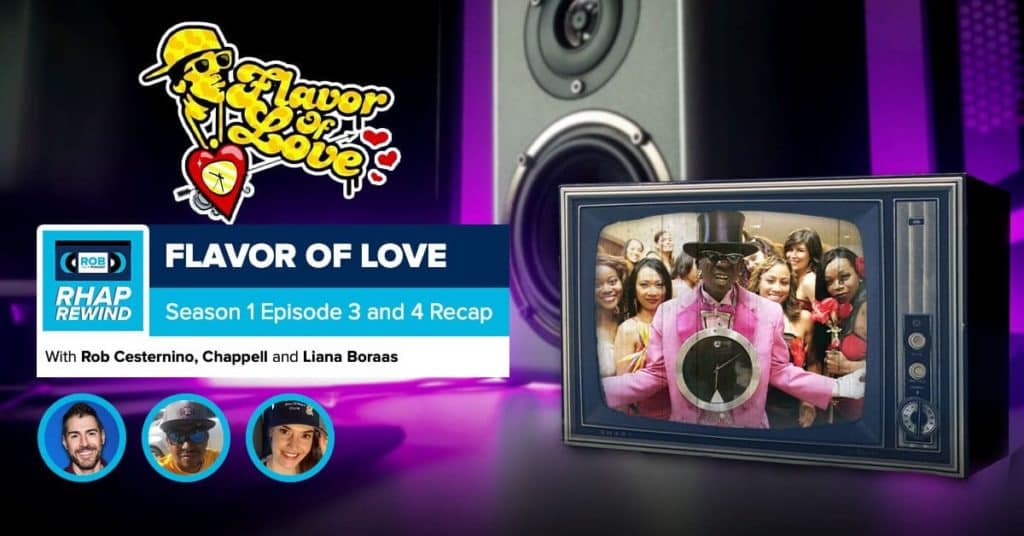 Rob Cesternino (@RobCesternino) is joined by RHAP podcaster Chappell (@Chappells_Show) for another week of the RHAP Rewind. Today, this podcasting duo tackles season 1, episodes 3 and 4 of the game show Flavor of Love with a great guest. Rob and Chappell are joined by Liana Boraas (@LianaRHAP). Season 1, episode 3 was entitled “A Friend of Flav’s is a Friend of Mine,” featured one group going to help out at a senior center and the others going to help out at the birthday party of a four-year-old, and originally aired on January 15, 2006, and season 1, episode 4 was entitled “The Flavor of Chicken,” featured the group going to church then trying to impress Flavor Flav’s mom with their fried chicken recipes, and originally aired on January 22, 2006.

You can check out the two episodes covered on the RHAP Rewind this week on Hulu by following the links below: