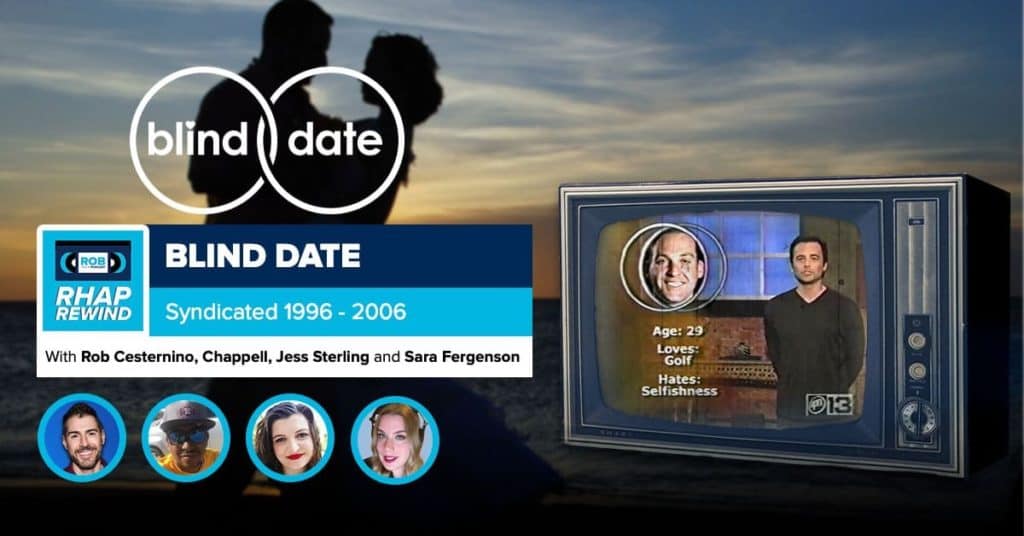 Rob Cesternino (@RobCesternino) is joined by RHAP podcaster Chappell (@Chappells_Show) for another week of the RHAP Rewind. Today, this podcasting duo tackles two different episodes of the syndicated version of Blind Date (which aired from 1999-2006) with two terrific guests. Rob and Chappell are joined by Jess Sterling (@TheJessSterling) and Sara Fergenson (@SaraFergenson). The first episode covers a blind date between Doug and Rachel, while the second episode covers a blind date between Bill and Lauren.

You can check out the two episodes covered on the RHAP Rewind this week on YouTube by following the links below: