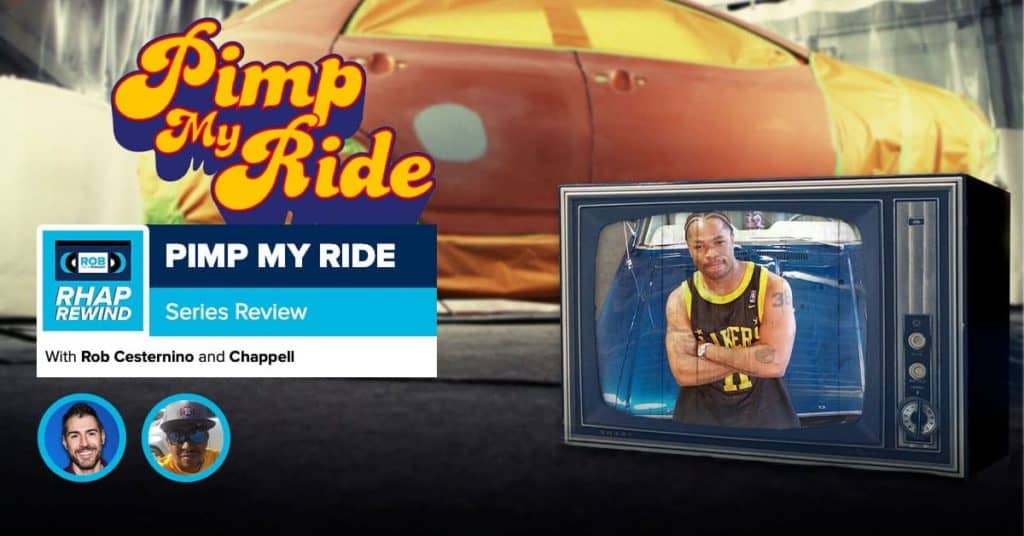 Rob Cesternino (@RobCesternino) is joined by RHAP podcaster Chappell (@Chappells_Show) for another week of the RHAP Rewind. Today, this podcasting duo tackles the entire six-season MTV reality series Pimp My Ride. The series, hosted by rapper Xzibit ran from 2004 to 2007 and each episode involves taking a car in poor condition, restoring it, and then finally customizing it.

You can check out two episodes of the series covered on the RHAP Rewind this week on DailyMotion by following the links below: