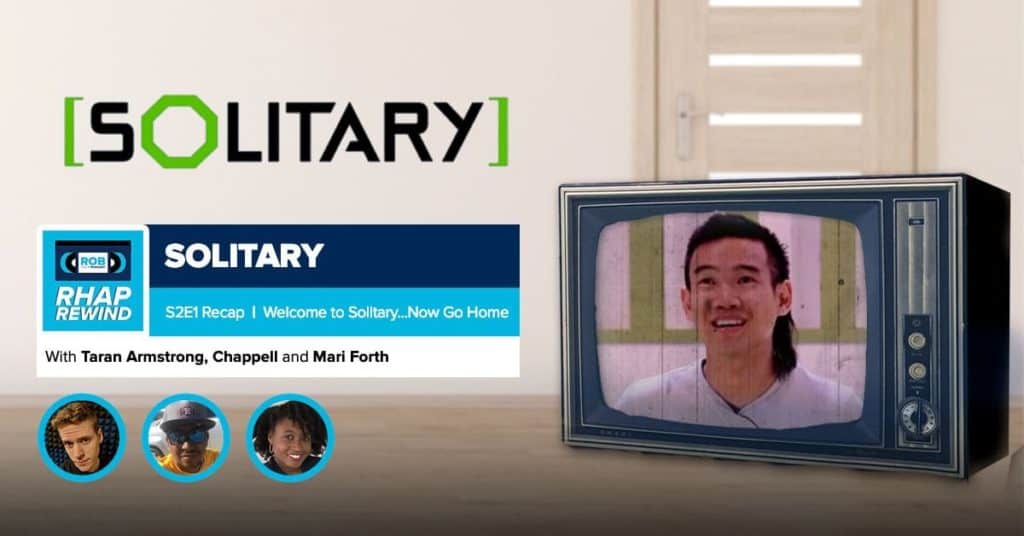 Filling in for Rob Cesternino (@RobCesternino) this week, Big Brother live feed correspondent Taran Armstrong (@ArmstrongTaran) is joined by RHAP podcaster Chappell (@Chappells_Show) for another week of the RHAP Rewind. Today, this podcasting duo tackles Solitary v2.0 (season 2), episode 1 of the Fox Reality Channel series Solitary with a terrific guest. Taran and Chappell are joined by RHAP podcaster Mari Forth (@MariTalks2Much). The episode, entitled “Welcome to Solitary…Now Go Home” originally aired on August 11, 2007, where the players are locked into small black boxes to try and determine when they’ve been in the box for three hours, and it even leads one player to quit before the first elimination.

You can check out the episode covered on the RHAP Rewind this week on Prime Video by following the link below: