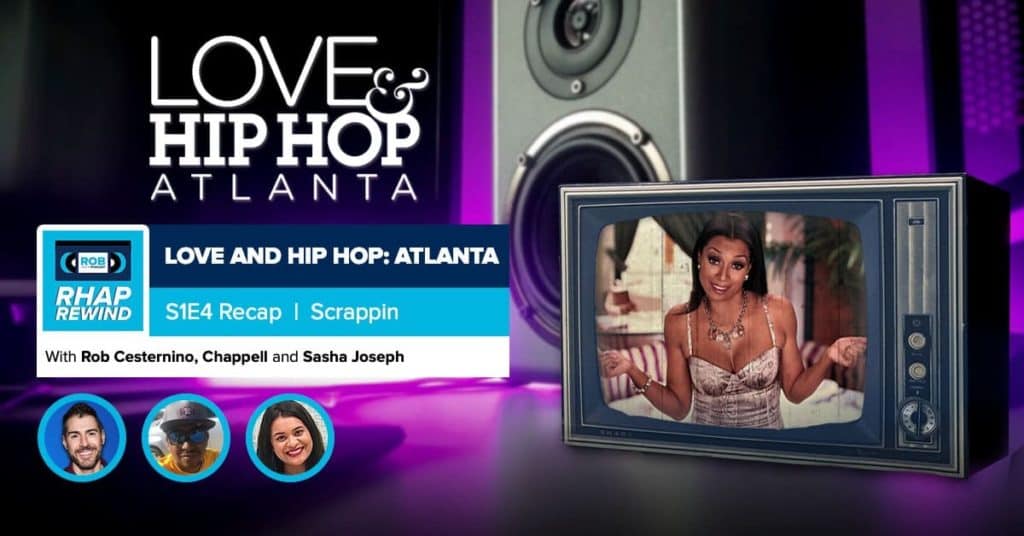 Rob Cesternino (@RobCesternino) is joined by RHAP podcaster Chappell (@Chappells_Show) for another week of the RHAP Rewind. Today, this podcasting duo tackles season 1, episode 4 of the VH1 series Love & Hip-Hop: Atlanta with a wonderful guest. Rob and Chappell are joined by RHAP podcaster Sasha Joseph (@FunSize_04). The episode, entitled “Scrappin” originally aired on July 9, 2007, and covers Josephine’s difficult decision and Scrappy’s confrontation with Steve over his disrespect of Erica.

You can check out the episode covered on the RHAP Rewind this week on Hulu and Paramount+ by following the links below: