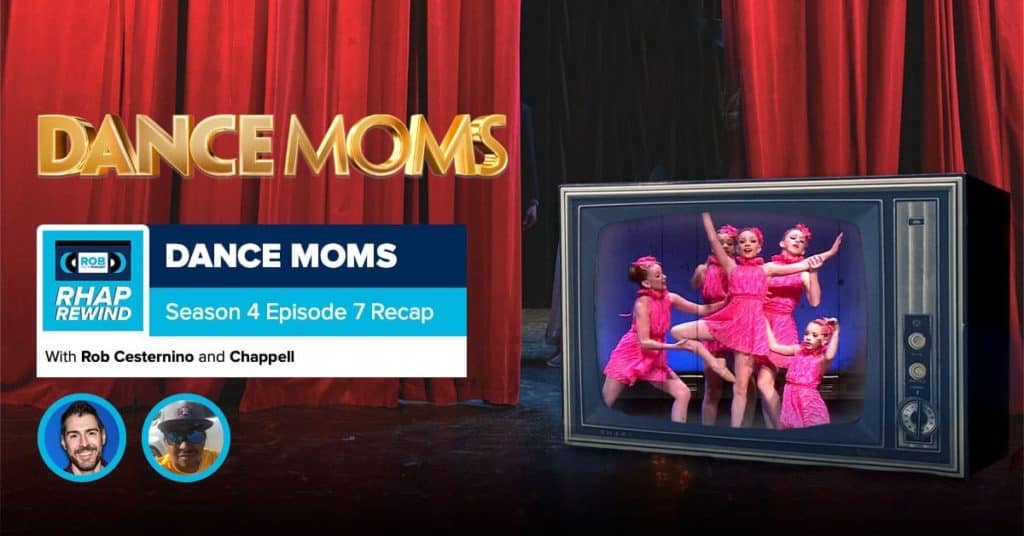 This week, Rob Cesternino (@RobCesternino) is back with RHAP podcaster Chappell (@Chappells_Show) for another week of the RHAP Rewind. Today, this podcasting duo takes it themselves to tackle season 4, episode 7 of the Lifetime series Dance Moms. The episode originally aired on February 11, 2014, has Abby announcing her forming of a new junior elite team called the “Abby Lee Dance Company” and Abby making a decision causing a rift between herself and Kelly.