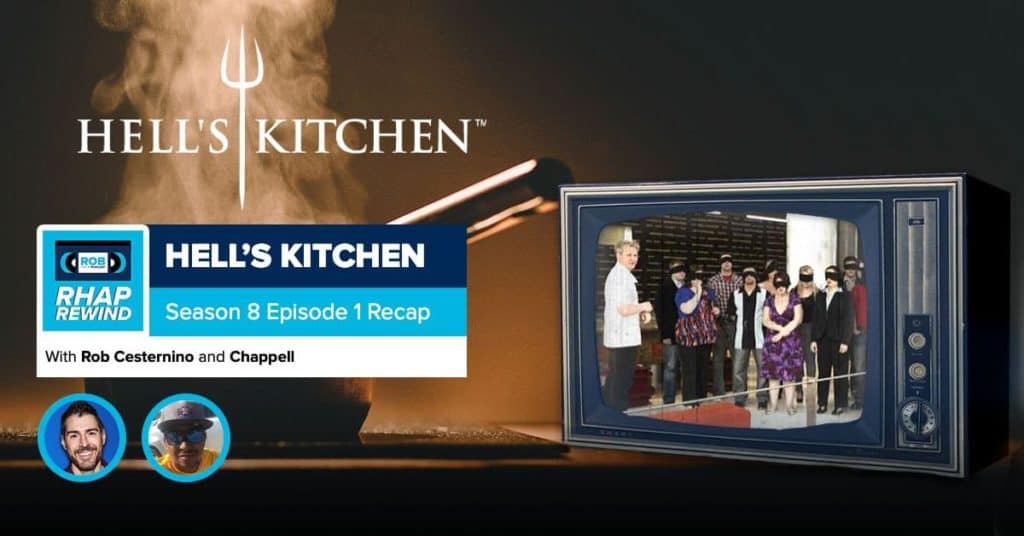 This week, Rob Cesternino (@RobCesternino) is back with RHAP podcaster Chappell (@Chappells_Show) for another week of the RHAP Rewind. Today, this podcasting duo takes it themselves to tackle the season 8 premiere of the long-running FOX series starring Gordon Ramsay Hell’s Kitchen. The episode originally aired on September 22, 2010, has a new group of amateur chefs looking to lead a top Los Angeles restaurant making their signature dishes for Gordon, a player sent to the hospital, and a shaky dinner service for both teams.