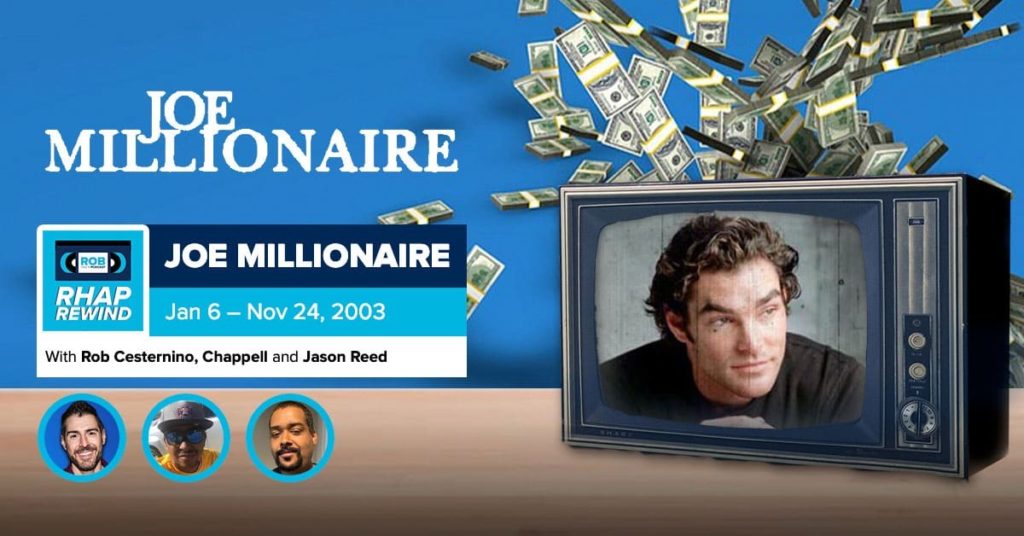 This week, Rob Cesternino (@RobCesternino) is back with RHAP podcaster Chappell (@Chappells_Show) for another week of the RHAP Rewind. To continue JOE-ly, this podcasting duo is joined by a great guest in RHAP podcaster Jason Reed (@JayR1085). Together, they discuss the entirety of the FOX reality series Joe Millionaire which originally aired from January 6 to November 24, 2003. The premise involves sending a group of twenty women to vie for the heart of a man they think is a millionaire, but “Joe Millionaire” is simply a construction worker with a very limited bank account. At the end of the show, when “Joe” chooses his winner, he is also forced to tell her the truth about his life and financial standing.