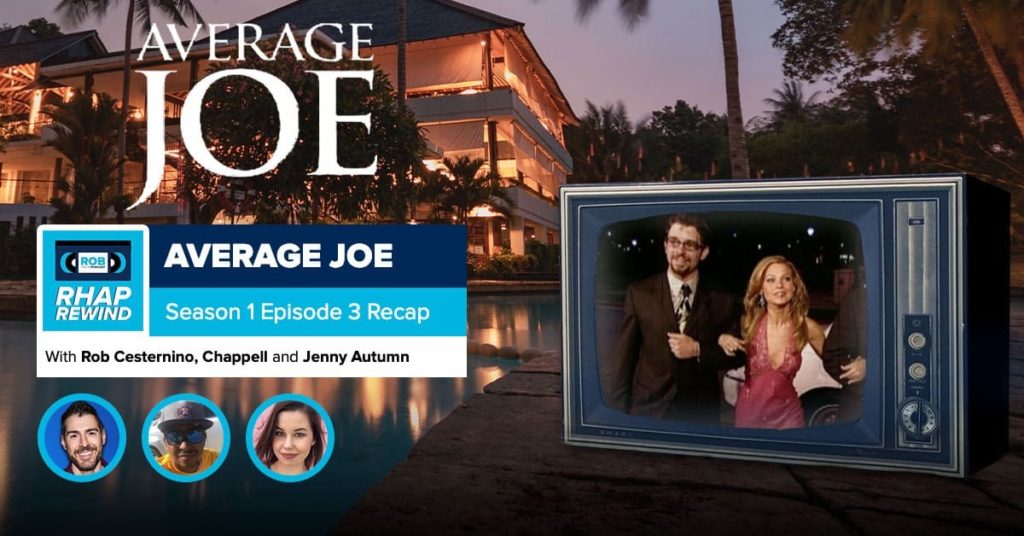 This week, Rob Cesternino (@RobCesternino) is back with RHAP podcaster Chappell (@Chappells_Show) for another week of the RHAP Rewind. To continue JOE-ly, this podcasting duo is joined by a wonderful guest in Big Brother live feed updater Jenny Autumn (@JennyAutumn). Together, they discuss season 1, episode 3 of the NBC reality series Average Joe which originally aired on November 17, 2003. The episode involves the six remaining “Average Joes” vying for the heart of Melana Scantlin going on a group date with Melana to a water park and then a big twist turns the game on its head.