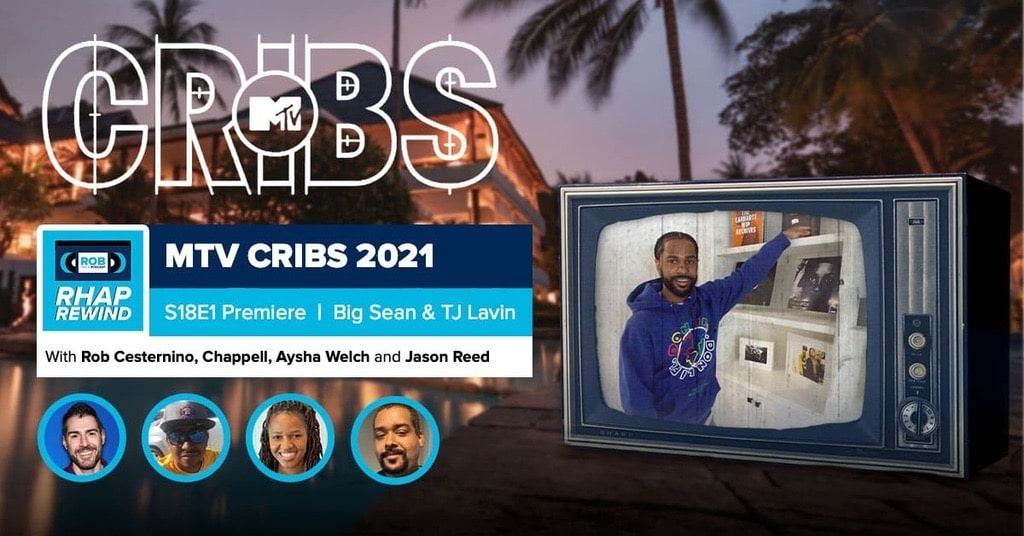 This week, Rob Cesternino (@RobCesternino) is back with RHAP podcaster Chappell (@Chappells_Show) for another week of the RHAP Rewind. Today, this podcasting duo tackles the season 18 premiere of MTV Cribs with two great guests. Rob and Chappell are joined by RHAP podcasters Aysha Welch (@AyshaLikeAsia) and Jason Reed (JayR1805). The season 18 premiere, which aired on August 11, 2021, featured the homes of rapper Big Sean and the host of MTV’s The Challenge TJ Lavin.

If you want to check out our original coverage of MTV Cribs on the RHAP Rewind, you can do so here: RHAP Rewind | MTV Cribs.