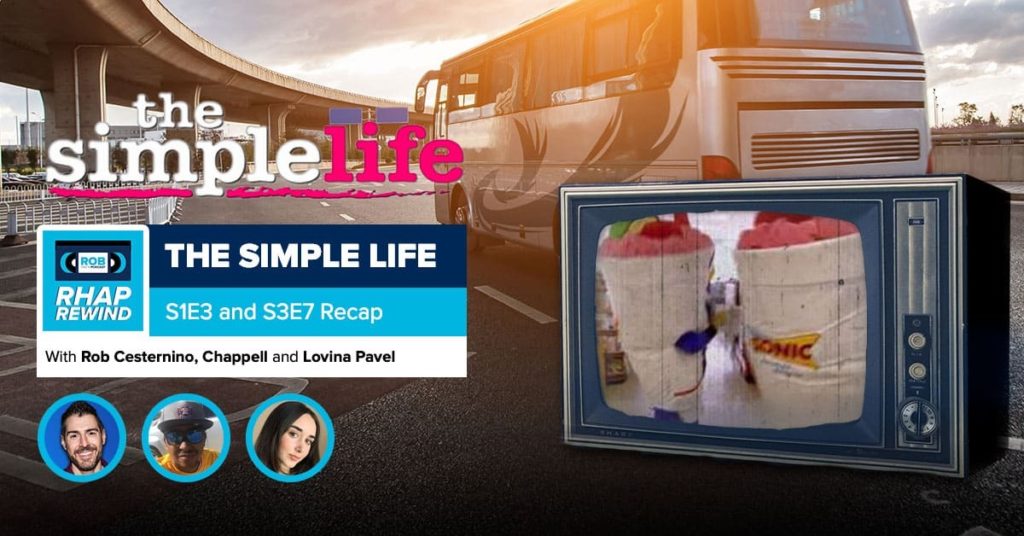 This week, Rob Cesternino (@RobCesternino) is back with RHAP podcaster Chappell (@Chappells_Show) for another week of the RHAP Rewind. This week, this podcasting duo is joined by a great guest in RHAP podcaster Lovina Pavel (@LPavss). Together, they discuss season 1, episode 3 entitled “Sonic Burger Shenanigans a.k.a. Welcome to Sonic” which originally aired on December 9, 2003, and season 3, episode 7 entitled “Daycare” which originally aired on March 9, 2005, of the reality series The Simple Life. The show features two wealthy socialites, Paris Hilton and Nicole Richie, being forced to complete menial tasks that don’t pay well.