Now playing
AJ Mass is a fantasy sports writer at ESPN.com and the author of a new book "How Fantasy Sports Explains the World". AJ reveals what Fantasy Sports has taught him about playing Survivor and John Cochran's decision to flip on Survivor South Pacific

Though Halloween is over, several of our listeners won a $20 Buy.com gift card every Thursday in October by entering Rob and Nicole's Survivor Halloween Costume Contest.

Rob Has a Podcast is nominated for Best Entertainment Podcast at the 2011 Podcast Awards. Find out how to vote for the smartest podcast never to win a podcast award.

Now playing
Rob Cesternino is joined by John Norton from The Tribe podcast to discuss the HBO series Curb Your Enthusiasm starring Larry David. Rob and John break down the season 8 premiere, the history of Curb and the most entertaining co-stars on Curb Your Enthusiasm on Rob Has a Podcast.

Now playing
Rob Cesternino is going "back to school" with Eric Stein to talk about the classic 1995 Adam Sandler film, Billy Madison. Rob and Eric break down everything there is to talk about including Penguins, Blue Ducks, Revolting Blobs and much more... it's Rob Has a Billy Madison Podcast 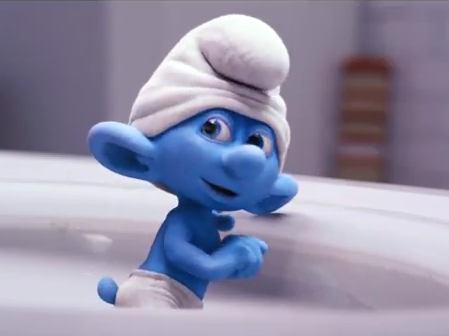 Rob Cesternino visited Sony Pictures Animation studios for Moving Pictures Magazine to get a sneak peak about how the Smurfs are coming to the big screen.

Now playing
Rob Cesternino and Gordon Holmes are going to figure out who are the top 20 greatest characters in the history of NBC Thursday night comedy. Listen and watch as Rob & Gordon work to sort out the stars of Friends, Seinfeld, Cheers, Family Ties, The Cosby Show, The Office and more in a one of kind podcast.

Now playing
At the request of our listeners, the long awaited dating and relationship podcast is here. Find out everything you need to know about dealing with the opposite sex from the couple that never fights, Rob and Nicole Cesternino. Take our advice, and check out the lovecast...

Now playing
Back to the Future just celebrated it's 25th anniversary last October and Rob Cesternino is ready to celebrate all 3 movies with Stephen Fishbach. We'll cover all things concerning Marty McFly, Doc Brown, Biff and Hill Valley in our Back to the Future podcast.

Now playing
The Hangover crew is back with the runaway smash hit, Hangover 2. Rob Cesternino talks with Matt Hoffman (Big Brother 12) about all things from the Hangover franchise on Rob Has a Podcast.