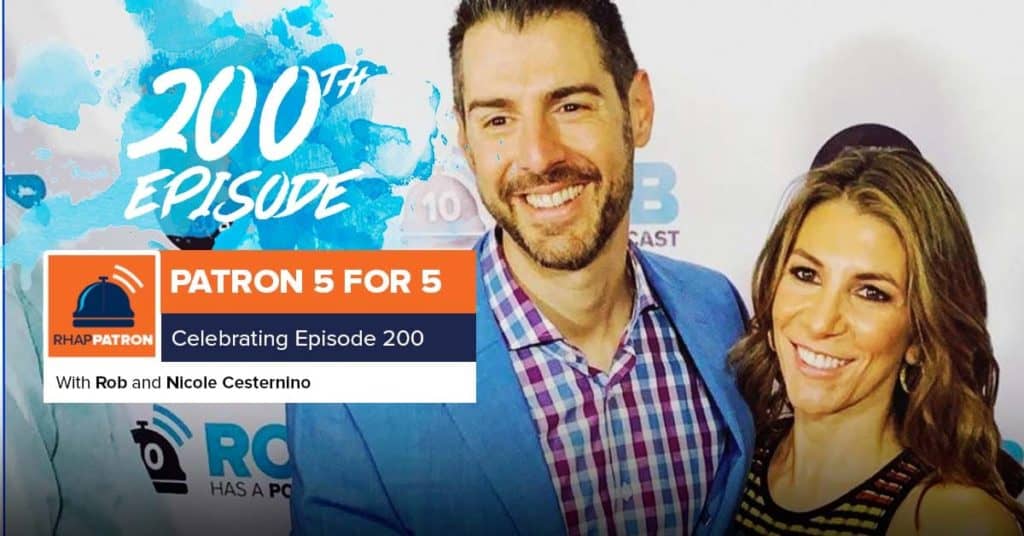 Patron 5 for 5 | Episode 200 with Rob and Nicole Cesternino

Wow! 199 episodes later and we’ve arrived at the podcast we’ve all been waiting for: the Patron 5 for 5 episode 200. In this exciting milestone, Rob and Nicole Cesternino catch up with the Patron’s of RHAP and and candidly respond to some of their questions.

It’s the start of a new month, which means it is the best time to become a Patron! This month, we’re introducing a NEW PATRON PERK! That’s right! Introducing the Patron Orientation Meetup with Rob.

Along with our new orientation program, Patrons of RHAP get in on tons of bonus perks and activities: