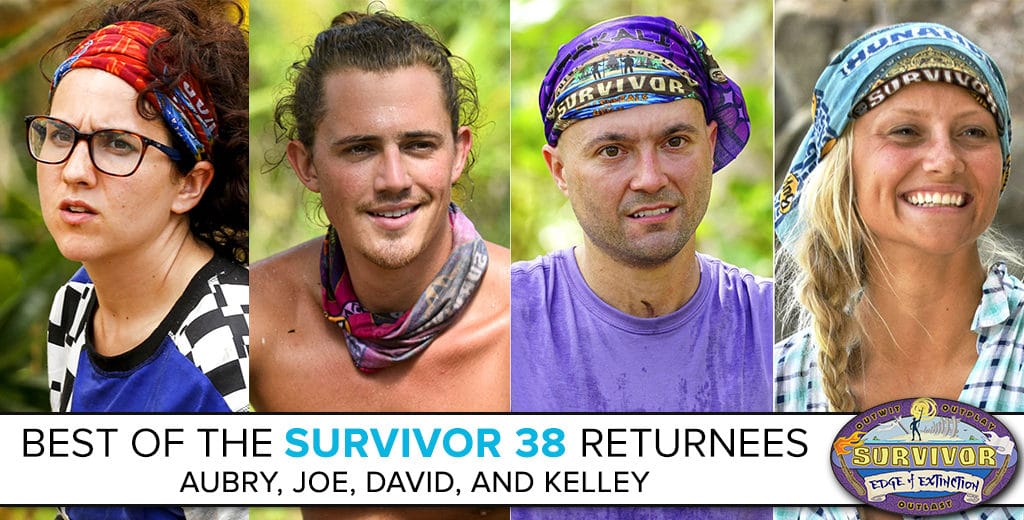 Best of the Survivor 38 Returnees on “Rob Has a Podcast”

In one of many Survivor: Edge of Extinction preview podcasts, Rob Cesternino goes through all four of the returning players, Aubry Bracco, Joe Anglim, David Wright, and Kelley Wentworth. He looks at their best moments from their time on the island, and especially, from their time on Rob Has a Podcast.