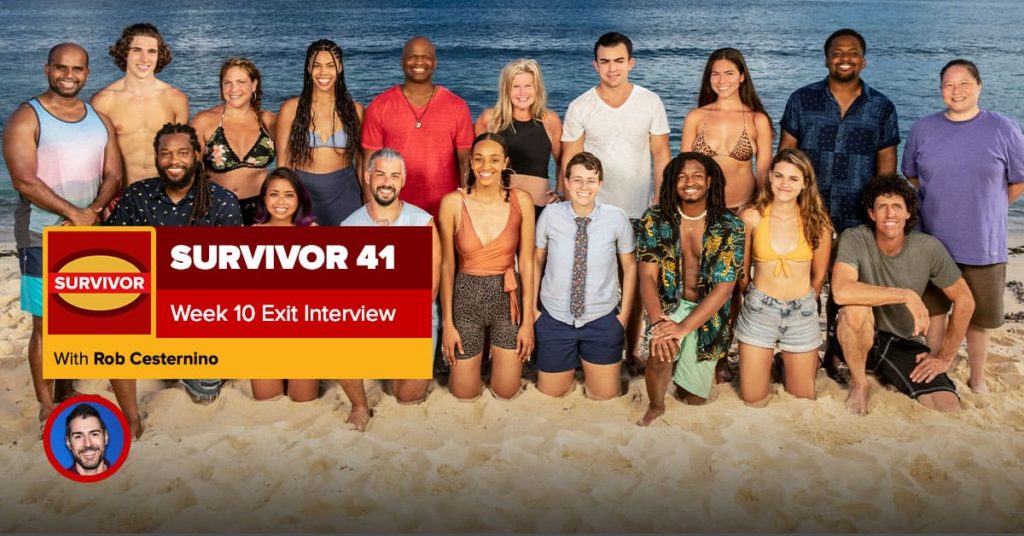 Rob Cesternino (@RobCesternino) is back to interview the eleventh player voted out of Survivor 41. This week, Rob speaks with Shan Smith from the Viakana tribe after she was voted out of the game by a 3-3-2 vote and 6-0 revote. Rob and Shan discuss her early days on the Ua tribe, making relationships with nearly every player, her relationship with Ricard in particular, how they battled through all the losing, and what her original plan going into the merge. They also talk about her alliance from the summit with Liana, how concerned she felt about Deshawn, her huge blindside, and more from her 19-day tenure in the game.

Shan is a 34-year old Pastor originally from Toronto, Ontario who currently resides in Washington, DC. She said that she would play a game similar to Kim Spradlin-Wolfe in terms of being strategic, similar to Tai Trang in terms of building relationships, and with a little bit of Parvati Shallow mixed in. She said that her strong work ethic, self-discipline, reverence for God in others, and her attitude of gratefulness, among other things, would lead her to the victory of Sole Survivor.