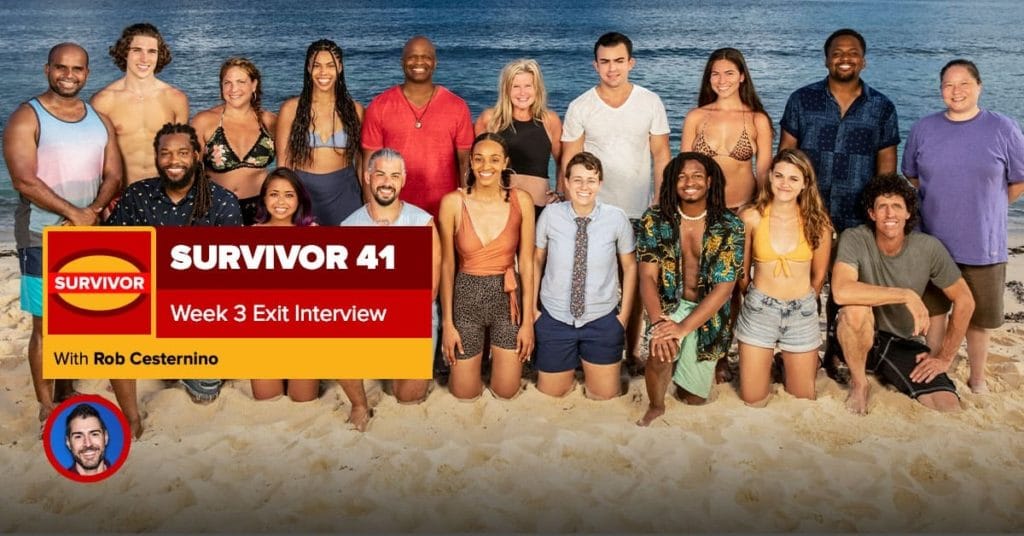 Rob Cesternino (@RobCesternino) is back to interview the fourth player voted out of Survivor 41. This week, Rob speaks with Brad Reese from the Ua tribe after he was voted out of the game by a 3-1 vote. Rob and Brad discuss him telling Sara and Shan that they were on the chopping block to their face early on, surviving the first vote, and his decision to run down the beach to spy on JD and Ricard. They also talk about how he was completely blindsided by JD, Ricard, and Shan after just pulling off a blindside two days prior, the shared immunity idol he found, leaving camp in the middle of the night, and more from his short-lived 7-day tenure in the game.

Brad is a 50-year old Rancher originally from Shawnee, Wyoming, where he also currently resides. He said that he would play a thoughtful strategic game like “Boston” Rob Mariano did. He also added that his skills from being a rancher, combined with his social ability, would carry him to the victory of Sole Survivor.