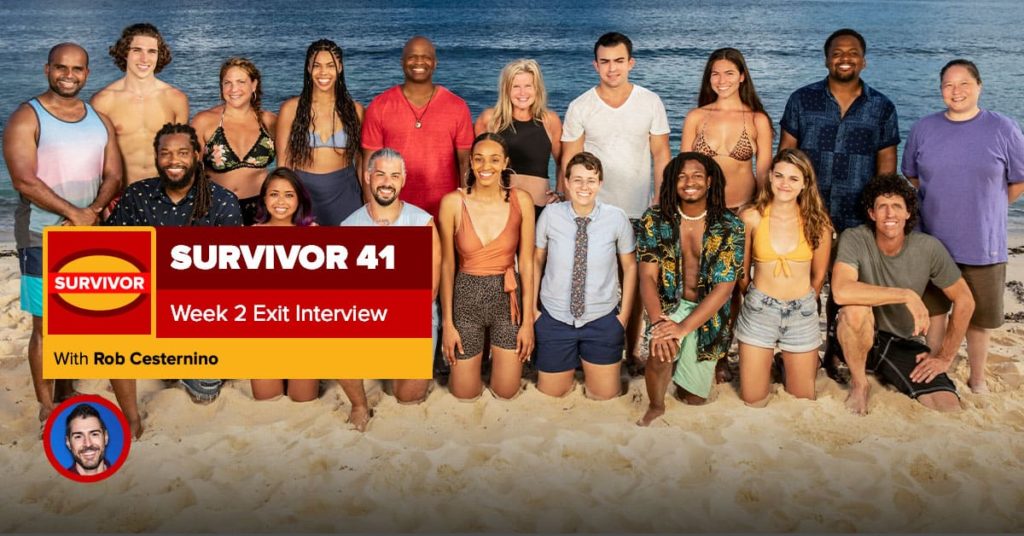 Rob Cesternino (@RobCesternino) is back to interview the third player voted out of Survivor 41. This week, Rob speaks with David Voce from the Yase tribe after he was voted out of the game by a 3-1 vote. Rob and Voce discuss him immediately being stuck with doing the “Sweat” challenge on day 1 despite his objections and his decision to flip on Abraham at the first Tribal Council. They also talk about how he was completely blindsided by his other four tribe members after just pulling off a blindside two days prior, and more from his short-lived 5-day tenure in the game.

Voce is a 35-year old Neurosurgeon originally from Highland, California, but currently resides in Chicago, Illinois. He said that he would take parts of games from Russell Hantz, Todd Herzog, Natalie Anderson, Kelley Wentworth, and Cirie Fields. He also added that his job as a neurosurgeon would give him a balance of charm, wit, athleticism, and grit that would carry him to the victory of Sole Survivor.