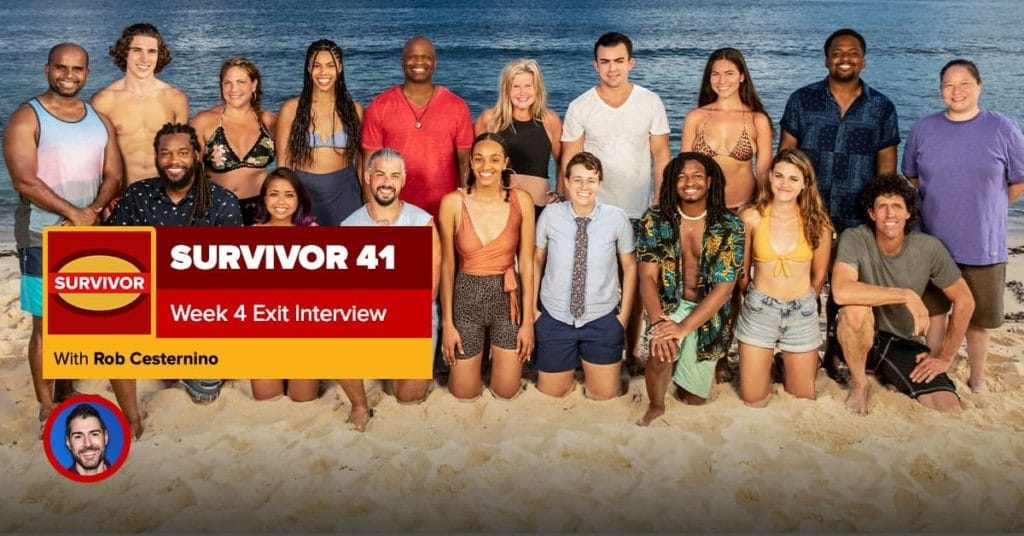 Rob Cesternino (@RobCesternino) is back to interview the fifth player voted out of Survivor 41. This week, Rob speaks with Jairus “JD” Robinson from the Ua tribe after he was voted out of the game by a 3-1 vote. Rob and JD discuss his early strategizing, his trip to the summit on day 2, surviving the first vote, and how he convinced Shan and Ricard to vote out Sara at their first Tribal Council instead of him. They also talk about how he was completely blindsided by Genie, Ricard, and Shan after just pulling off a blindside two days prior, the extra vote he found and then gave to Shan to hold as he was voted out, and more from his short-lived 9-day tenure in the game.

JD is a 20-year old College Student originally from Oklahoma City, Oklahoma, where he also currently resides. He said that he would play the game as a mix between winners Parvati Shallow, Jud “Fabio” Birza, and Jeremy Collins, combining Parvati’s ability to charm others, Fabio’s ability to be underestimated, and adding his own spin to Jeremy’s “meat shield” strategy. He also added that his social skills, being able to do everything “well enough,” and having the “it” factor that winners James “JT” Thomas and Kim Spradlin-Wolfe had, would carry him to the victory of Sole Survivor.