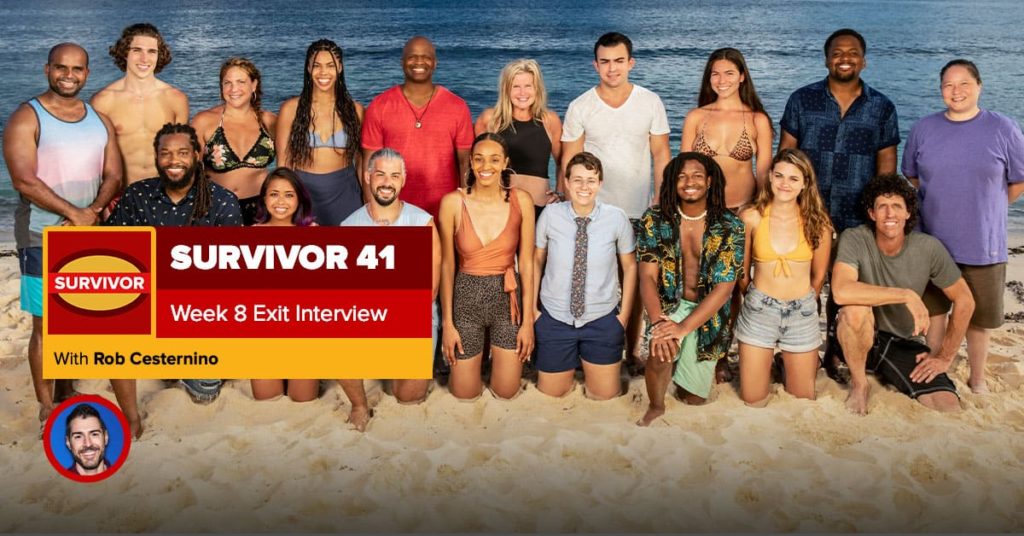 Rob Cesternino (@RobCesternino) is back to interview the eighth player voted out of Survivor 41. This week, Rob speaks with Tiffany Seely from the Viakana tribe after she was voted out of the game by a 6-2-2-1 vote. Rob and Tiffany discuss her early alliances with Voce and separately Evvie and Liana, her up and down relationship with Xander, and her days on the Yase tribe initially dealing with adversity then going on a winning streak. They also talk about how she felt about the entire merge vote that ended up sending Sydney home, how worried she was about going home tonight, and more from her 16-day tenure in the game.

Tiffany is a 47-year old Teacher originally from Forest Hills, New York who currently resides in Plainview, New York. She said that she would play a game similar to competitively like Ozzy Lusth, loyal like Colby Donaldson, and endearing like Parvati Shallow. She said that her patience and ability to quickly read people, would lead her to the victory of Sole Survivor.