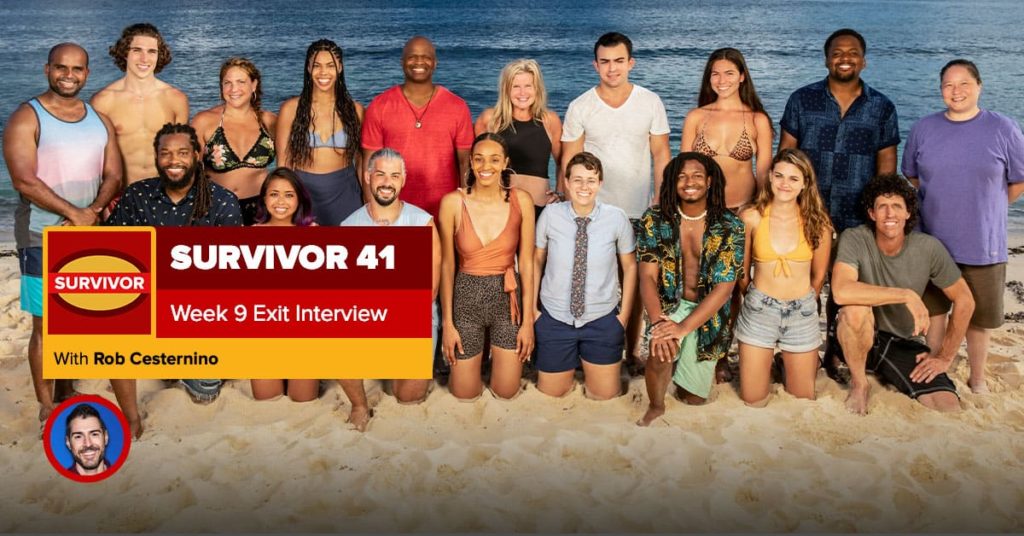 Rob Cesternino (@RobCesternino) is back to interview the ninth and tenth players voted out of Survivor 41.

First up, Rob speaks with Naseer Muttalif from the Viakana tribe after he was voted out of the game by a 3-3 vote and then a 4-0 revote. Rob and Naseer discuss his early days on the victorious Luvu tribe, trying to fit in, being a provider for the group, and how he even won a challenge that his tribemates were trying to throw. They also talk about how he felt about the previous vote where Heather threw his name out at the last minute, how concerned he was about his two best allies in Ricard and Shan sending him home, and more from his 17-day tenure in the game.

Second in the lineup today, Rob speaks with Dr. Evvie Jagoda from the Viakana tribe after they were voted out of the game by a 3-2 vote. Rob and Evvie discuss her early days on the initially disastrous Yase tribe, the way they managed to make alliances with everyone on their tribe, and what her reasoning was for telling Deshawn about Xander’s idol on their journey together. They also talk about how they felt about the craziness of the merge vote, going from the top to the bottom and barely squeaking by that vote, to winning individual immunity the round after, and ultimately Xander not playing either of his advantages for her and ultimately not saving her on the last of her 17-day tenure in the game.