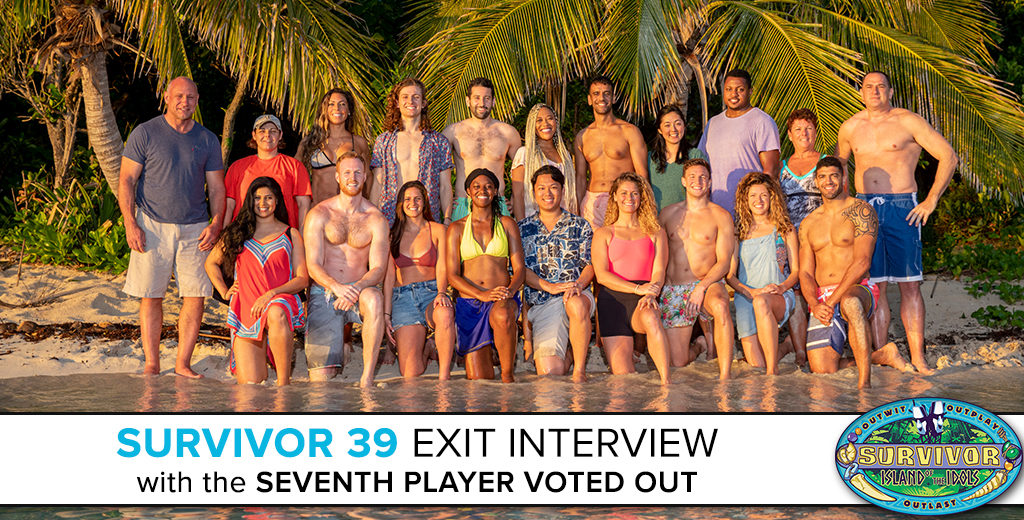 Survivor 39 Exit Interview with the Seventh Player Voted Out

Rob Cesternino is back to interview the seventh player voted out of Survivor: Island of the Idols and the first member of the jury in the seventh exit interview of Survivor‘s 39th season. This week, Rob speaks with Jack Nichting from the new Lairo tribe after he was voted out of the game by a 2-0 vote. Jack originally aligned with Molly and Jamal on the old Vokai tribe and was blindsided at the first tribal council he went to. After the swap, he was on the new Lairo tribe with a numbers advantage, and looked to be in a good position before being blindsided by Dean’s idol play on day 19.

Rob and Jack discuss the speculation behind what “Island of the Idols” meant, how he felt about his position on the old Vokai tribe and the new Lairo tribe after being blindsided in episode 2. They also talk about how his powerful conversation with Jamal on privilege in America, how he felt being apart of such a serious tribal council, Dean and Jamal’s idol plays, his blindside, and much more from his 19-day journey in the game.

Jack Nichting is a 23-year old graduate student originally from Newport News, Virginia, but currently resides in Harrisonburg, Virginia. He said he was most like Survivor: Heroes vs. Healers vs. Hustlers‘s Devon Pinto for his absolute love of life and him always radiating good vibes.

Schedule of the RHAP Survivor: Island of the Idols Episode 7 Podcasts