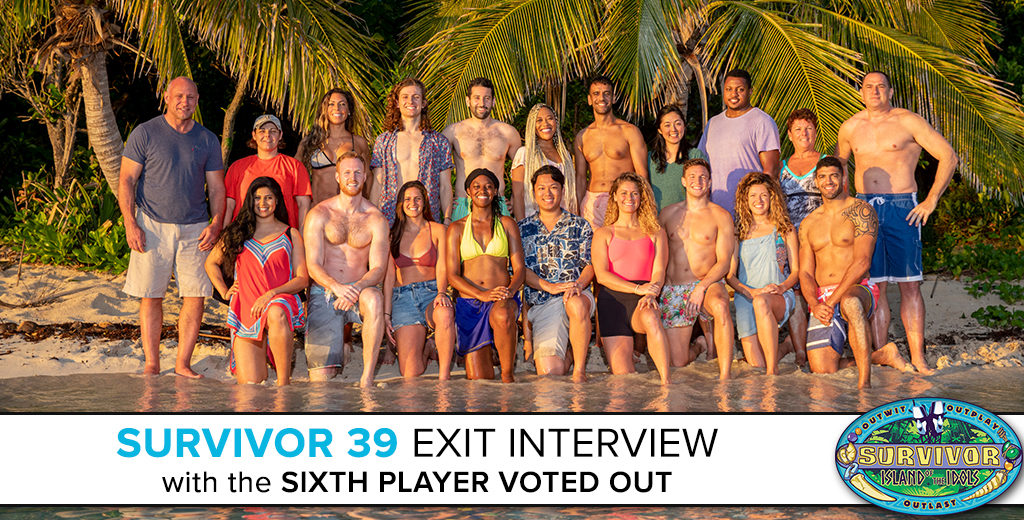 Survivor 39 Exit Interview with the Sixth Player Voted Out

Rob Cesternino is back to interview the sixth player voted out of Survivor: Island of the Idols in the sixth exit interview of Survivor‘s 39th season. This week, Rob speaks with Jason Linden from the new Vokai tribe after he was voted out of the game by a 4-3 vote. Rob and Jason discuss the speculation behind what “Island of the Idols” meant, how he felt about being on the outs the first few days and how he bonded quickly with Noura. They also talk about how he tried to fit in with the old Lairo members on a new tribe, how he felt having his vote blocked by Elaine, his blindside, and much more from his 16-day journey in the game.

Jason Linden is a 32-year old personal injury lawyer originally from New York City, the city where he also currently resides in now. Saying he was like a mix of Stephen Fishbach, Adam Klein, Cochran 2.0, our very own Rob Cesternino, with a little of Tony Vlachos, Jason said it would be a very wild ride. Jason went on Survivor because of his deep love for the game, calling it “Darwinism in its truest form.”

Schedule of the RHAP Survivor: Island of the Idols Episode 6 Podcasts