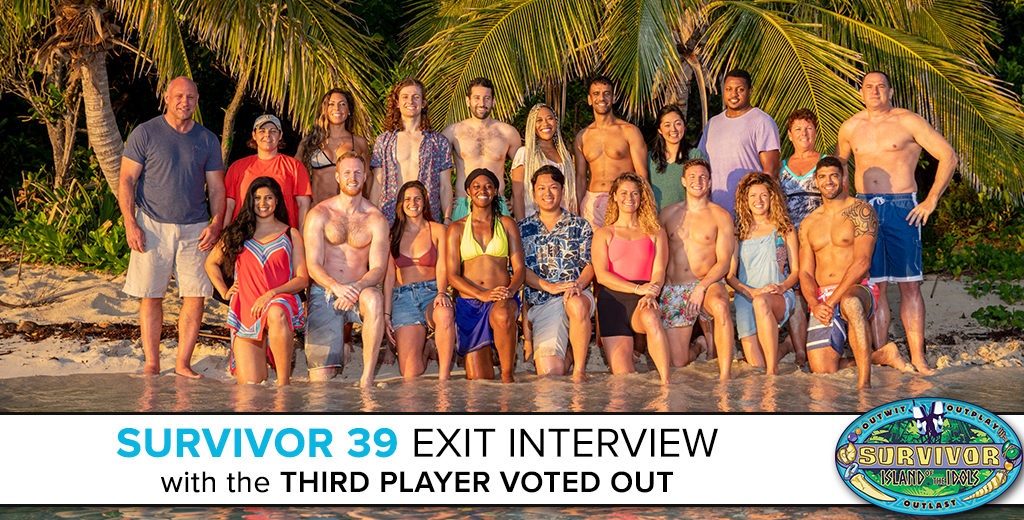 Survivor 39 Exit Interview with the Third Player Voted Out

Rob Cesternino is back to interview the third player voted out of Survivor: Island of the Idols in the third exit interview of Survivor‘s 39th season. This week, Rob speaks with Vince Moua from the Lairo tribe after he was voted out of the game by a 5-3-1 vote. Rob and Vince discuss the speculation behind what “Island of the Idols” meant, how he felt being sent away from camp, and why he took the challenge from Boston Rob and Sandra. They also talk about how and why Vince thinks the tribe turned on him after escaping the chopping block on the first vote, why he felt confident enough to not play his idol, and much more from his short-lived 9-day tenure in the game.

Vince Moua is a 27-year old admissions counselor originally from Merced, California, but currently resides in Palo Alto, California. Saying he was like a mixture of Shii-Ann Huang, Cirie Fields, and Natalie Anderson, Vince said he wanted to be tough like Shii-Ann, strategic like Cirie, and innovative like Natalie. Vince went on Survivor to show young minorities that their stories matter adn that they should never doubt their existence.

Schedule of the RHAP Survivor: Island of the Idols Episode 3 Podcasts