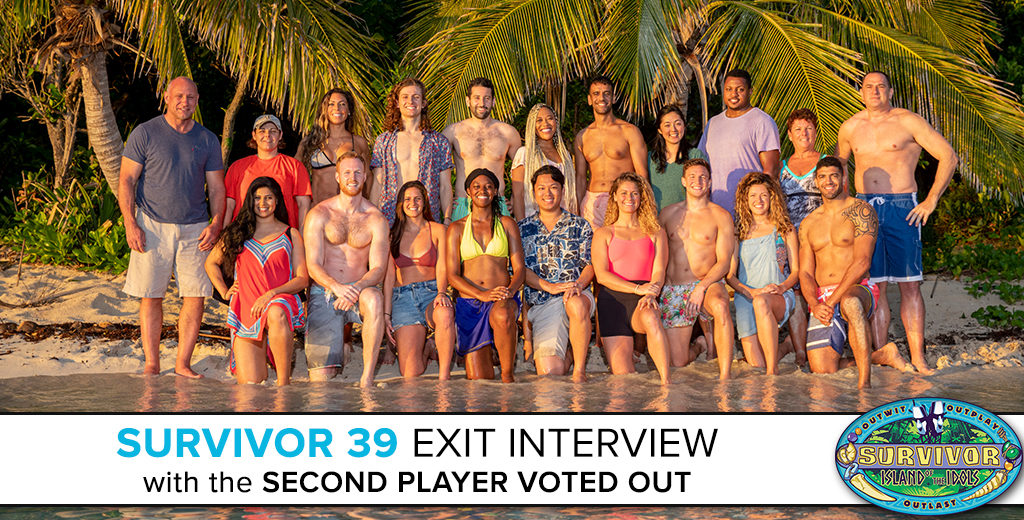 Survivor 39 Exit Interview with the Second Player Voted Out

Rob Cesternino is back to interview the second player voted out of Survivor: Island of the Idols in the second exit interview of Survivor‘s 39th season. This week, Rob speaks with Molly Byman from the Vokai tribe after she was voted out of the game by a 7-2-1 vote. Rob and Molly discuss the speculation behind what “Island of the Idols” meant, how her and Noura’s relationship soured at camp, and her plan to have the easy vote out of either Noura or Jason. They also talk about how and why Molly thinks the tribe turned on her at Vokai’s first vote, why she felt confident that Noura would go home, and much more from Molly’s short-lived 6-day tenure in the game.

Molly Byman is a 28-year old law student originally from Boston, Massachusetts, but currently resides in Durham, North Carolina. Comparing her personality to Parvati Shallow, Molly said she wanted to capture her balance of being charming while also manipulative, and also said she related to Wendell, by being able to remain emotionally neutral. Molly went on Survivor to get a behind-the-scenes look at the game she loves, and to test her mind, body, and social abilities.

Schedule of the RHAP Survivor: Island of the Idols Episode 2 Podcasts