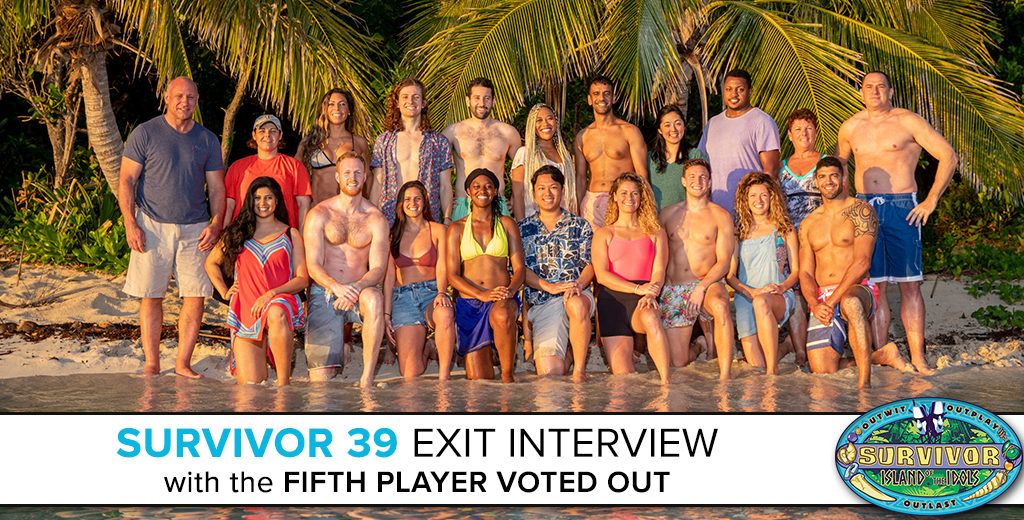 Survivor 39 Exit Interview with the Fifth Player Voted Out

Rob Cesternino is back to interview the fifth player voted out of Survivor: Island of the Idols in the fifth exit interview of Survivor‘s 39th season. This week, Rob speaks with Tom Laidlaw from the new Lairo tribe after he was voted out of the game by a 5-2 vote. Rob and Tom discuss the speculation behind what “Island of the Idols” meant, how he felt about Karishma not helping in the challenges and how he was viewed as a threat compared to Dean. They also talk about how he tried to fit in with the old Vokai members on a new tribe, how he felt being the first Canadian to play Survivor, and much more from his short-lived 14-day tenure in the game.

Tom Laidlaw is a 60-year old from NHL player originally from Brampton, Ontario, Canada, but currently resides in Greenwich, Connecticut. Saying he was like Ben Driebergen, Tom said he, like Ben, would do whatever they would have to do to win. Tom went on Survivor since he wanted a new challenge and had a deep desire to win.

Schedule of the RHAP Survivor: Island of the Idols Episode 5 Podcasts