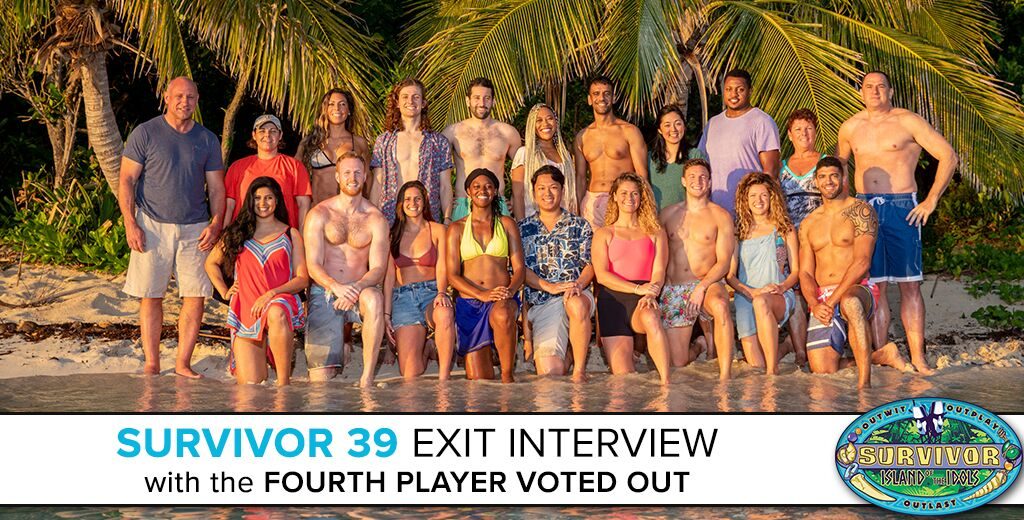 Survivor 39 Exit Interview with the Fourth Player Voted Out

Rob Cesternino is back to interview the fourth player voted out of Survivor: Island of the Idols in the fourth exit interview of Survivor‘s 39th season. This week, Rob speaks with Chelsea Walker from the Lairo tribe after she was voted out of the game by a 6-2 vote. Rob and Chelsea discuss the speculation behind what “Island of the Idols” meant, how she felt about the perception of her partnership with Dean, and how her game changed when she found an idol. They also talk about how and why Chelsea thinks the tribe turned on her after not being on the hot seat before, why she felt confident enough to not play her idol, and much more from her short-lived 11-day tenure in the game.

Chelsea Walker is a 26-year old digital content creator originally from Marlton, New Jersey, but currently resides in Los Angeles, California. Saying she was like a mixture of Parvati Shallow and Kelley Wentworth, Chelsea said she sees herself in them both since Parvati is more social and unsuspecting while Kelley is more sneaky yet threatening. Chelsea went on Survivor since she has been watching the show at age 8 and wanted a challenge that would strip her to her core.

Schedule of the RHAP Survivor: Island of the Idols Episode 4 Podcasts