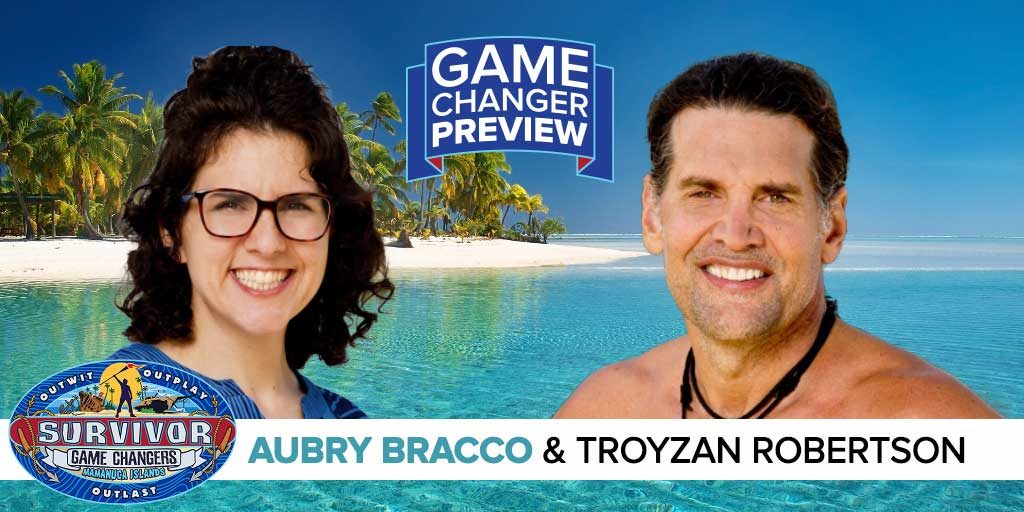 Rob Cesternino discusses the Survivor playing past and tries to project the future trajectory of Game Changers, Aubry Bracco and Troyzan Robertson

Rob welcomes Jessica Z to discuss Aubry Bracco’s recent appearance in Survivor Kaôh Rong.  Rob and Jessica take a look at Aubry’s game which began on very shaky footing to eventually become one of the most respected losing finalists in the show’s history.  Rob and Jess try to determine how Aubry will be perceived and what she will need to do differently to win Survivor Game Changers.

Derreck Blaise on Troyzan Robertson from Survivor One World (Interview Starts at 1:24:20)

In our second interview, Rob welcomes Derreck Blaise (@DerreckBlaise) to discuss why he is such a fan of Troyzan Robertson.  Derreck thinks that people have the wrong impression of Troyzan’s game which was actually quite strong up until he was betrayed by Kim.  Derreck thinks Troyzan has what it takes to adjust this time around and tells us why he’s a Troyzan believer.

Troyzan Tells All from Survivor One World