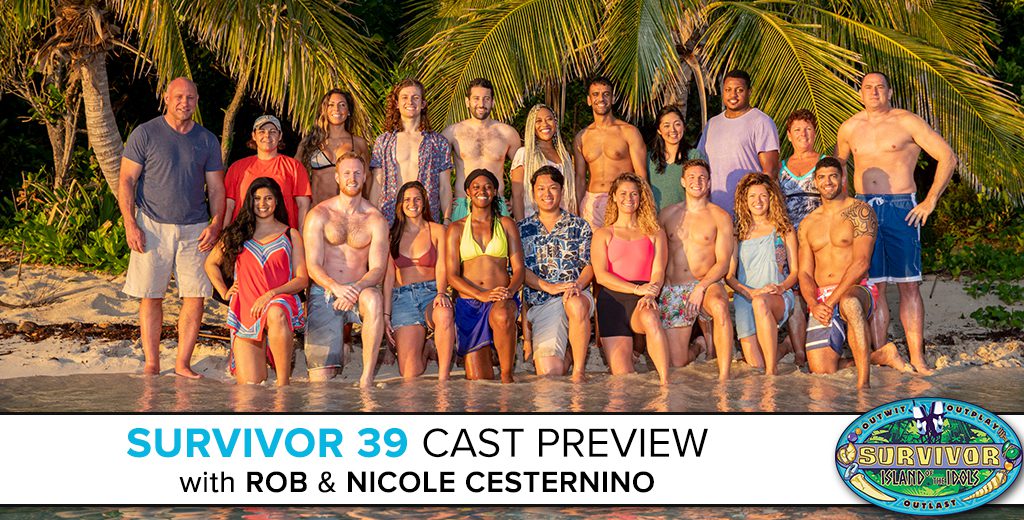 Since the Survivor: Island of the Idols cast has been released and the season is less than a week away from premiering, Rob Cesternino is back with another Survivor 39 cast preview. In this episode, Rob is joined by the First Lady of Podcasting and his wife Nicole Cesternino to get her initial reactions to seeing the cast of the new season of Survivor.

In addition to hearing Rob and Nicole’s thoughts on the players from reading their biographies on CBS.com, Rob and Nicole will make their predictions for how they think season 39 will play out, including who they each think will be the winner come December.