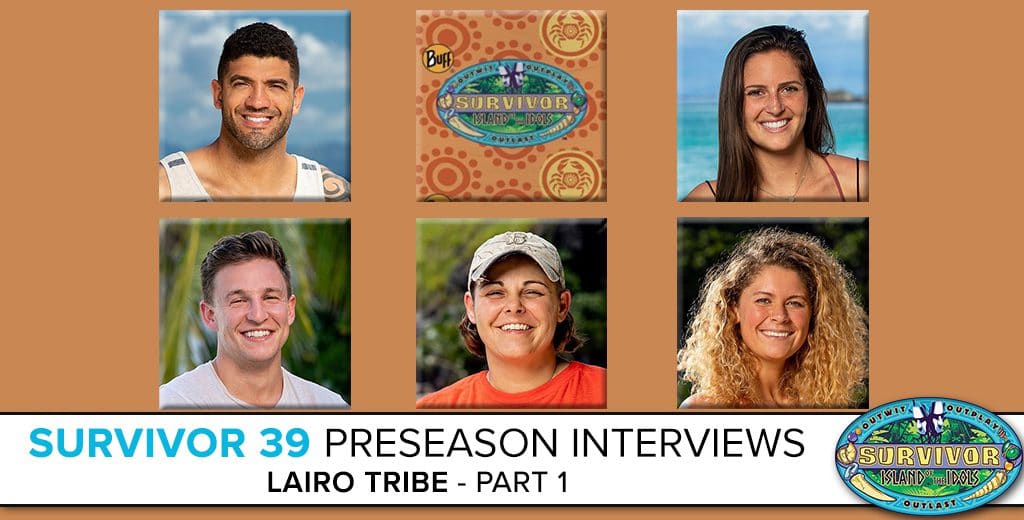 Now that the cast of Survivor: Island of the Idols has been announced and the Survivor preseason is underway, Rob Cesternino is joined by Josh Wigler (of The Hollywood Reporter) to present and discuss Josh’s preseason interviews from Fiji. This first set of interviews are from the first 5 castaways (alphabetically by first name) on the Lairo tribe, who will be wearing orange buffs: Aaron Meredith, Chelsea Walker, Dean Kowalski, Elaine Stott, and Elizabeth Beisel.