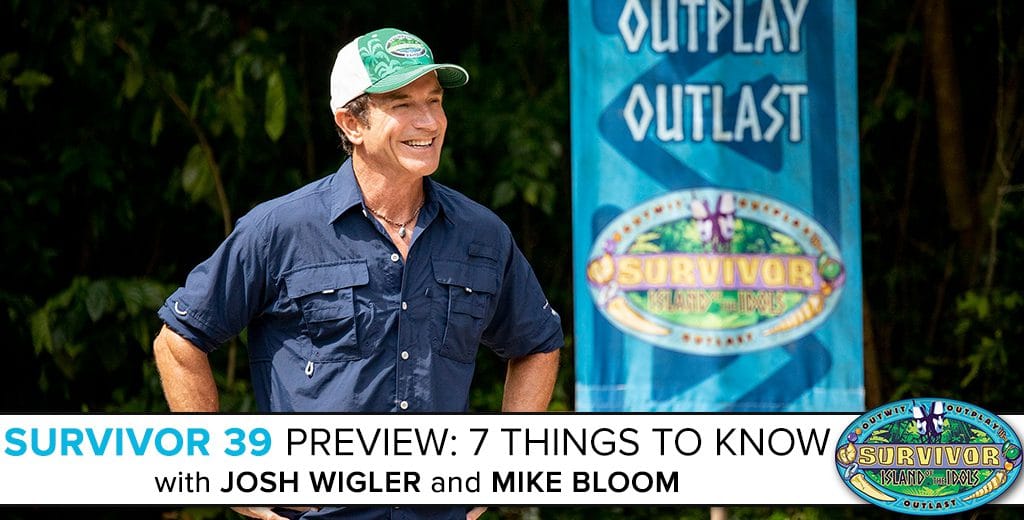 Survivor 39 Preview: 7 Things You Need to Know About “Island of the Idols”

On the day of everyone learning about the cast for Survivor‘s 39th installment, called Survivor: Island of the Idols, Rob Cesternino is joined by two members of the Survivor press Josh Wigler (of The Hollywood Reporter) and Mike Bloom (of Parade Magazine) to discuss the seven things every fan needs to know about the new season.

Josh and Mike both went out on location to interview all 20 of the players on this upcoming season, as well as conducted exclusive interviews with the host Jeff Probst, executive producer Matt van Wagenen, and more.

What to Know About Survivor: Island of the Idols (from CBS.com):

“In the 39th season of the Emmy Award-winning reality series that challenges players to outwit, outplay, and outlast their opponents, Survivor is introducing a new element to the game: the Island of the Idols.

This edition features two legendary winners, “Boston” Rob Mariano and Sandra Diaz-Twine, who return to the game not to compete, but to serve as mentors to a group of 20 new players.

Combined, Boston Rob and Sandra have played over 200 days of Survivor, and now they plan to share what they’ve learned with the new castaways. The players will then attempt to put those learned skills to the test and chase the title of Sole Survivor—not to mention the $1 million grand prize.”