Jordan is joined by the RHAP Live Feed correspondents (Alex Kidwell, Brent Wolgamott, and Taran Armstrong) to recap the craziness that has been in happening in the Big Brother Canada 4 house over the past few days. After a quick episode recap, the crew discusses:
Join us live after the Big Brother Canada 4 episodes Sundays (8:15PM Eastern) and Wednesdays (10:15PM Eastern). 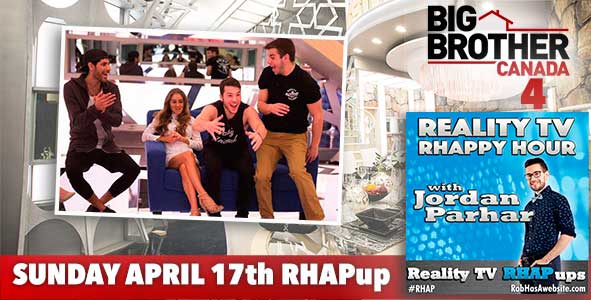