Jordan is joined by the live feed correspondents (Alex Kidwell, Taran Armstrong, and Brent Wolgamott) to attempt to predict what Big Brother 18 would look like if it’s an all returning player season. Each submitted a list of 12 males and 12 females they believe CBS would call to come play again,  with corresponding point values based on how high they were ranked. Alex then used the associated point values to put together a list of 16 houseguests and two alternates that could be seen this summer. Players who appear to have other commitments this summer, were not included in the rankings (even if CBS would hypothetically want them on the show). 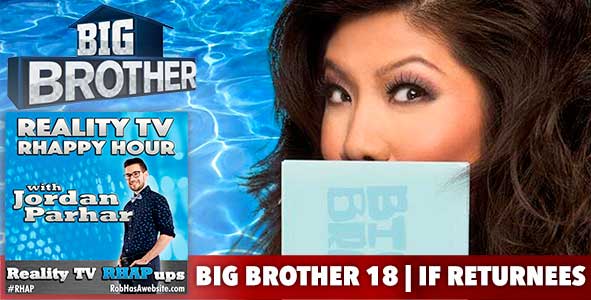