Big Brother Canada’s Jordan Parhar and the Live Feed Correspondents (Alex Kidwell, Brent Wolgamott, and Taran Armstrong) catch you up on the Live Feed happenings from BB18 LIVE!
Jordan is joined by the live feed correspondents (or The LFC as some like to call them) Alex Kidwell, Brent Wolgamott and Taran Armstrong to breakdown the latest BB18 happenings based on what’s going down on the live feeds. After dissecting the breaking secret room news (which happened 20 minutes prior to the start of the show) they get into:
Join us LIVE every Monday at 6PM Pacific / 9PM Eastern. Don’t forget to check us out on YouTube as well! 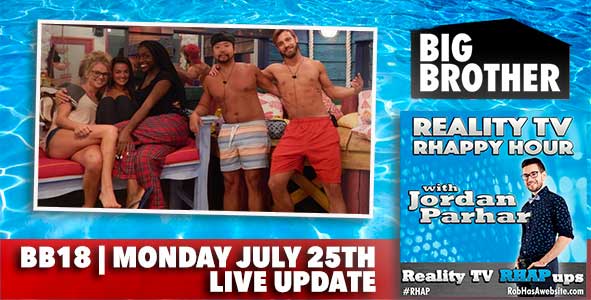