Big Brother Canada’s Jordan Parhar and the Live Feed Correspondents (Alex Kidwell, Brent Wolgamott, and Taran Armstrong) catch you up on the Live Feed happenings from BB18 LIVE!
Jordan is joined by Alex Kidwell and Taran Armstrong to talk about Week 3 of Big Brother 18 based on everything that’s happening on the live feeds. After talking about RHAPcon and Jordan’s new studio set up, the gang gets into:
Join us LIVE every Monday at 6PM Pacific / 9PM Eastern on robhasawebsite.com 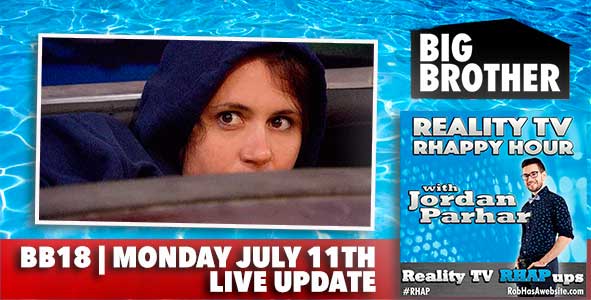