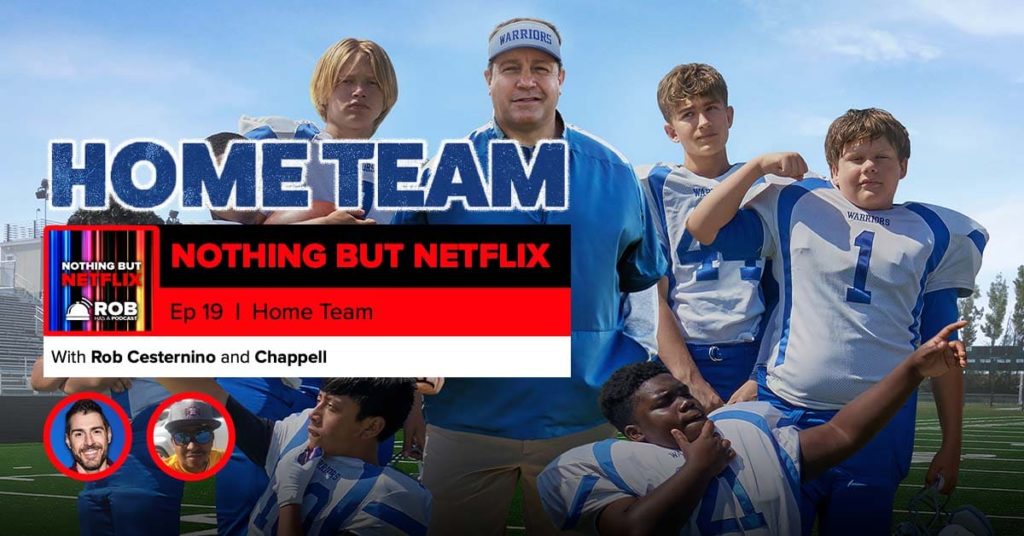 Nothing But Netflix #19: Home Team

After the “RHAP Rewind” ended, Rob and Chappell had to find something new to podcast about each week, and thus, Nothing But Netflix was born! This week, Rob and Chappell hope for a touchdown while talking about Netflix’s newest sports movie: Home Team. They visited the new movie that was released on January 28, 2022. Home Team follows New Orleans Saints head coach Sean Payton who, two years after a Super Bowl win when he is suspended, goes back to his hometown and finds himself reconnecting with his 12-year-old son by coaching his Pop Warner football team. Payton was suspended in 2012 for his role in the team’s Bountygate scandal where bounties were allegedly being paid to players who would try to injure players from the opposing team.