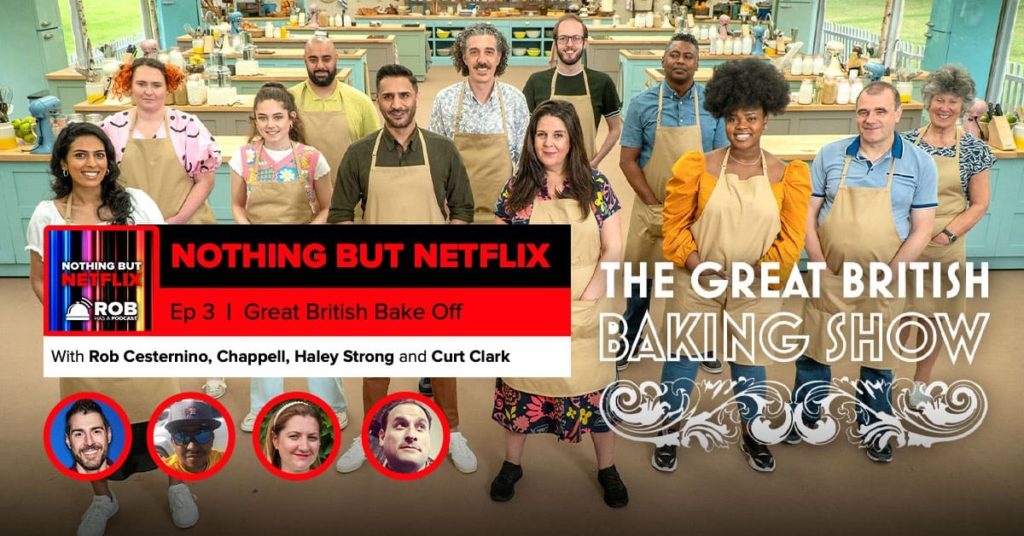 Nothing But Netflix #3: The Great British Bake-Off with Haley Strong and Curt Clark

After the “RHAP Rewind” ended, Rob and Chappell had to find something new to podcast about each week, and thus, Nothing But Netflix was born! This week, Rob and Chappell visit a show on Netflix that is just taking the Internet by storm and that is nothing other than an old classic recently added to Netflix: The Great British Bake-Off. They are joined by two special guests that have watched their fair share of baking shows: the co-hosts of the Top Chef and formerly The Great British Bake-Off RHAP-ups Haley Strong (@HStrong_) and Curt Clark (@CurtClark). This week, the group visited collection 9 (series 12), episode 4 of the series, “Dessert Week,” which aired earlier this week. The Great British Bake-Off is a show where a talented batch of amateur bakers face off in a 10-week competition, whipping up their best dishes in the hopes of being named the United Kingdom’s best amateur baker.