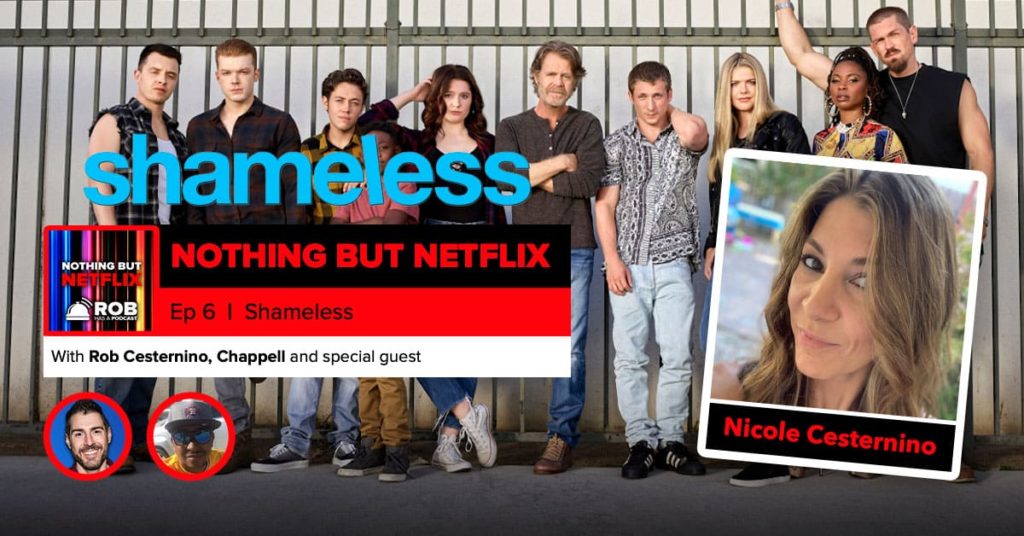 Nothing But Netflix #6: Shameless with Nicole Cesternino

After the “RHAP Rewind” ended, Rob and Chappell had to find something new to podcast about each week, and thus, Nothing But Netflix was born! This week, Rob and Chappell visit a show on Netflix that is one of Showtime’s longest mainstays that recently concluded its eleventh and final season: Shameless. They are joined by a guest that needs no introduction and is responsible for so much of RHAP being the way it is: Rob’s very own wife, the First Lady of Podcasting, the one and only Nicole Cesternino (@NicoleCesWhat). This week, the group visited the premiere of the series, “Pilot,” which originally aired on January 9, 2011, and the entire series as a whole. Shameless is an eleven-season series about siblings in a dysfunctional Chicago family who struggle while coping with their alcoholic father.