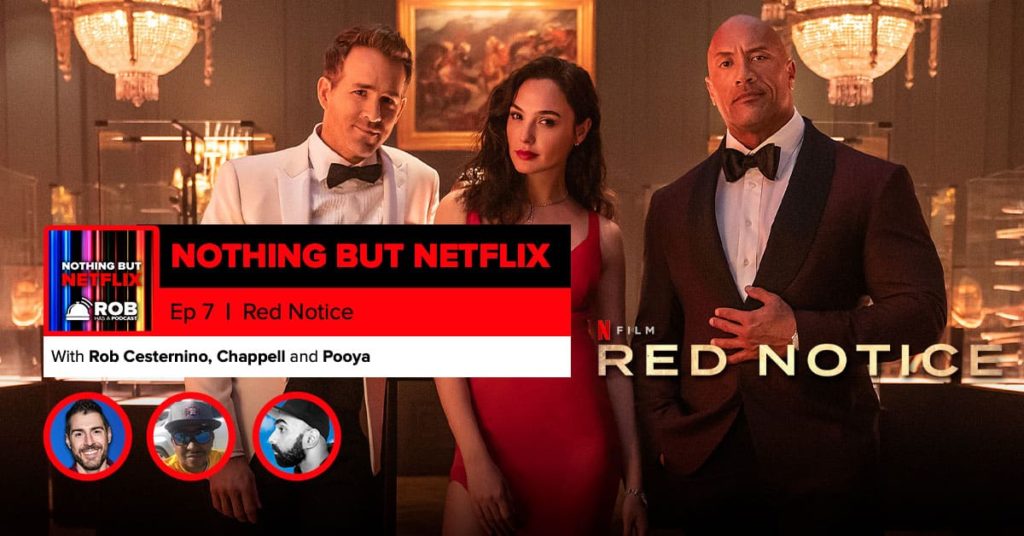 Nothing But Netflix #7: Red Notice with Pooya

After the “RHAP Rewind” ended, Rob and Chappell had to find something new to podcast about each week, and thus, Nothing But Netflix was born! This week, Rob and Chappell visit a new movie that is taking the entertainment world by storm for all the wrong reasons: Red Notice. They are joined by a guest that has co-hosted the 90 Day Fiance podcast with Rob, covered the Big Brother live feeds with Taran Armstrong, covered The Masked Singer with Liana Boraas, and much more: Pooya Zand Vakili (@Pooyaism). This week, the group visited the movie that premiered on November 12, 2021, and broke Netflix’s opening day streaming record for a film. Red Notice involves Dwayne “The Rock” Johnson, Ryan Reynolds, and Gal Gadot chasing one another around the world in a comedic adventure like none other.