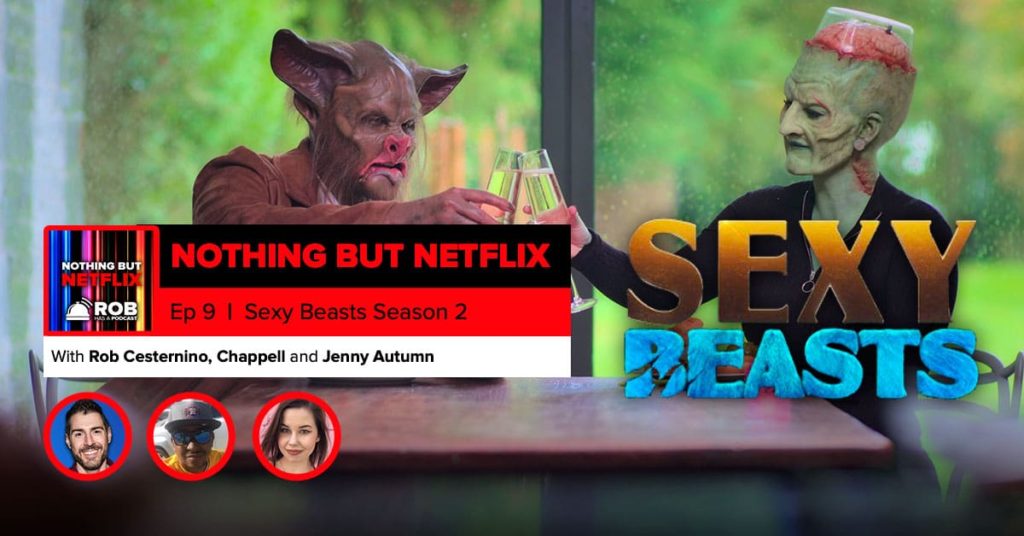 Nothing But Netflix #9: Sexy Beasts Season 2 with Jenny Autumn

After the “RHAP Rewind” ended, Rob and Chappell had to find something new to podcast about each week, and thus, Nothing But Netflix was born! This week, Rob and Chappell visit season 2 of the show that confused many people earlier this past summer: Sexy Beasts. They are joined by a guest that talked about the first season of Sexy Beasts over on Reality TV RHAP-ups with Pooya Zand Vakili and talks about Big Brother throughout the seasons, Jenny Autumn (@JennyAutumn). This week, the group visited the new six-episode season that premiered on October 7, 2021. Sexy Beasts involves six single people who put on cheeky and charming costumes to go on very unique speed dates.