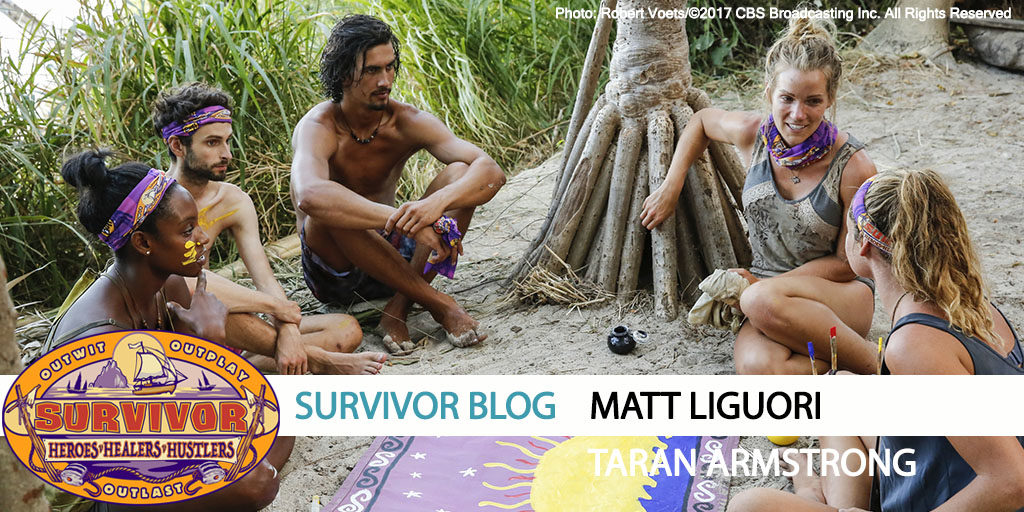 Matt Liguori ranks the players each week with his own guest in RHAP’s Survivor Power Rankings. This week Matt is joined by the robotic host of The Taran Show and all things Big Brother / American Ninja Warrior over on Reality TV RHAPups, Taran Armstrong!

There’s nothing like the LIVE Survivor Know-It-Alls week to make any episode automatically the most exciting episode of a season. Watching in a packed movie theatre full of other Survivor fans is such an awesome time, and luckily we had a great episode to take in with some equally great (well, even greater) company… hey Cirie!

This week we lost Jessica, our nurse practitioner and dream girl of Cole Medders. Jessica was a preseason favorite of many; even Rob had chosen her as his winner pick. What I said about her pre-season was: “She seems like a sweet girl who will fit right in with a group and do well in challenges, but once the merge hits and the end game is in sight, it’ll be hard to find reasons to keep her around as the players begin identifying jury threats” — I think I basically nailed it? I don’t think she was voted out because she’s a jury threat, but she’s a smart/likable girl, half of a power couple, and in the minority alliance… so as the merge arrived, there was no reason to keep her any longer.

Looking ahead, the game seems relatively open. There may be another week or two of boring Healer vote-offs, but those Healers aren’t going down without a fight and the Heroes and Hustlers all have their own agendas that should make these next few weeks a lot of fun.

I’m joined this week by another good friend of mine, whom I spent my entire summer listening to (and a little talking to) about a very bad season of Big Brother, Taran Armstrong! If you’re not caught up on Taran’s current work on RHAP, you’re doing something wrong. Make sure you’ve been checking out his weekly episodes of The Taran Show over on Reality TV RHAPups in his final slow weeks before Big Brother Celebrity and eventually BBCAN6 get underway. Follow Taran (@ArmstrongTaran) and myself (@mattliguori) on Twitter, tweet us what you think and leave a comment below! 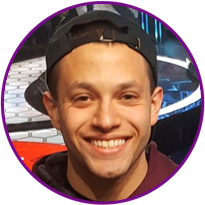 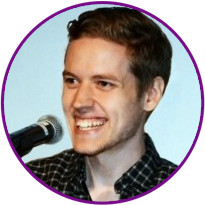 Ryan’s in a great spot. He has allies that trust him and “enemies” that aren’t talking much about him (as far as we’ve seen). With missiles flying all around the beach, it seems like Ryan is wisely staying out of the crossfire while there’s no reason for him to jump directly into things.

Ben had a bit of a rough episode at the merge, but he came away from that vote in a crushing spot. Being in the majority alliance with ties to strong players on both sides (Chrissy & Mike), as well as having a better connection to Lauren than Ryan & Devon places Ben in the position with the most amount of maneuverability. In the hands of a lesser player, that can spell disaster, but I think Ben has proven himself to be capable.

As far as we can tell, there aren’t any issues with Ashley now living around both Devon and JP, but it’s still early. I don’t think anybody looks to target Ashley anytime soon. If they do, we saw that she’s capable of holding her own in an individual immunity challenge.

Apart from the mistake with Ali, I’ve been very impressed with Ryan. His play on the Hustler tribe was excellent, and he managed to be on the winning side of the vote at the merge without having to emerge as a power player. If he continues to play at the level he has been, he’ll be unstoppable.

I don’t envy Lauren’s position coming into the merge one bit. It seems like despite all of the Lauren and Cole drama at Yawa, Lauren actually developed a tight bond with Jessica and wanted the five of them to stick together. Who’s to say that group wouldn’t have been her better path than the Heroes and Hustlers route? But as the numbers leaned away from her desired alliance, she had no other choice besides letting go of somebody who was potentially a very valuable asset.

Chrissy has been playing phenomenally as well, but my concern about her is how visible a target she is after the merge vote. She’s played very well thus far, but there’s so much game left to be played and when you’re so far ahead of the pack, it’s difficult to avoid getting stabbed in the back.

It felt save to assume that Mike wouldn’t be in too much trouble early on in this battle against the Healers, and that assumption turned out just fine. He’s incredibly well liked by Ben and Lauren and isn’t some obvious immunity threat. The only other person in the game who knew he had an idol is now gone, so Mike is free to play that however and whenever he’d like to.

Ashley is in an interesting position. She’s not up there with the power players, but she has a lot of potential to sweep up after the inevitable bloodbath. If JP & Devon remain as loyal as they seem, I think the Ryans & Chrissys of the world will be disappointed if they think she’s an easy mark.

I’m really not sure what Ben’s endgame is going to look like. I just find myself thinking it won’t be a win. He’s been identified as a threat a couple of times. While Chrissy ensured him that he’s her #1, I still don’t feel great about that relationship being enough to carry him to a final 3 seat. I’m just afraid in a few votes down the line, someone like Ryan or Ashley will wake Chrissy up and convince her they don’t need Ben anymore.

He was on the losing side of the merge, but he has more connections to the other side than any of the other Healers, he still has an idol, there are much bigger targets in front of him, and he’s one of the more knowledgeable players left in the field. Don’t count Dr. Mike out just yet.

Slow!! Down!! Chrissy is making everybody nervous and stands out enough that an entire alliance used their votes to try to take her out in the first post-merge vote. Only three previous times in Survivor history has the “older” woman/Mom player received so many votes at the merge. Gretchen (s1) and Kass (s31) were both voted out, while Sherri (s26) was a zero vote finalist. (If I missed any, feel free to yell at me.) Chrissy following Sherri’s path, despite being a much stronger player, would not be surprising.

Who is targeting Lauren before the final five? I can’t think of a single person. If Lauren isn’t part of the end-game, I will be shocked. It would only take a couple of moves or a few lucky breaks to make Lauren the winner of season 35.

A merge is always filled with chaos. I wasn’t surprised to hear Devon’s name floated out there even though he was probably not in much actual danger, but I feel like going forward his name will be on the table just about every night; he perfectly fits the mold of a typical immunity threat. I still need more from Devon to show me why he can win this thing.

Devon is in an interesting position. It’s one of the best spots in the game. He’s protected by Ryan on one side and Ashley on the other, then he’s fully capable of winning a couple immunities down the stretch even if all else fails. However, he really showed his hand at the merge, and the target his physicality brings likely outweighs the benefit.

Joe is a huge target. Even though he’s played two idols, I don’t even trust that he can find a third given how difficult it was for him to find the first two. Without any idols, it’s hard to find a scenario where he survives the next few votes. But I never want to count out someone as scrappy as Joe; if anyone can weasel their way out of a bad spot, it’s him.

Things are not looking up for the Healers. With Jessica out of the game, Cole may have a rise in stock since he’s not seen as the smartest player and he’s now ridin’ solo. Desi is a “challenge threat” and Joe has the “immunity idols/strategic threat” thing going, which could give Cole some more time on the island before heading to Ponderosa.

Another one of the three big Healer targets. She’s obviously physical, likable, and far too dangerous to leave alone now that the majority alliance has her on the ropes. On top of that, she appears to have no solid connections to the other side.

Without seeing an idol in Joe’s possession, I find it impossible to rank him too high. One thing I feel certain about is not putting him last. He’s an active player, and while his antics at Tribal aren’t helping him make friends or stay off the radar, he’s in survival mode. Joe is definitely in trouble, but maybe he’ll find a way.

While JP is in the majority right now, I just don’t see a scenario where he wins a jury vote. Either he’ll go for an immunity run and be taken out the second he loses, or he’ll coast to the end and lose to someone who was more respected.

All it ever takes is one. One immunity win shows the rest of the tribe that you’re capable of taking home the necklace. Target, meet Desi. Desi, meet the new target on your back. Without Jessica around, it feels like Desi is just about completely alone out there. Other players would be wise to try and pull her in, but I think it’s more likely that she’s out pretty soon.

Cole is in deep trouble. He’s the biggest physical threat, he can’t hold on to alliance members for the life of him, and the majority wants him out as soon as possible. Even if he finds an idol or wins some immunities, I just can’t see him winning this game.

Liked it? Take a second to support Matt Liguori on Patreon!